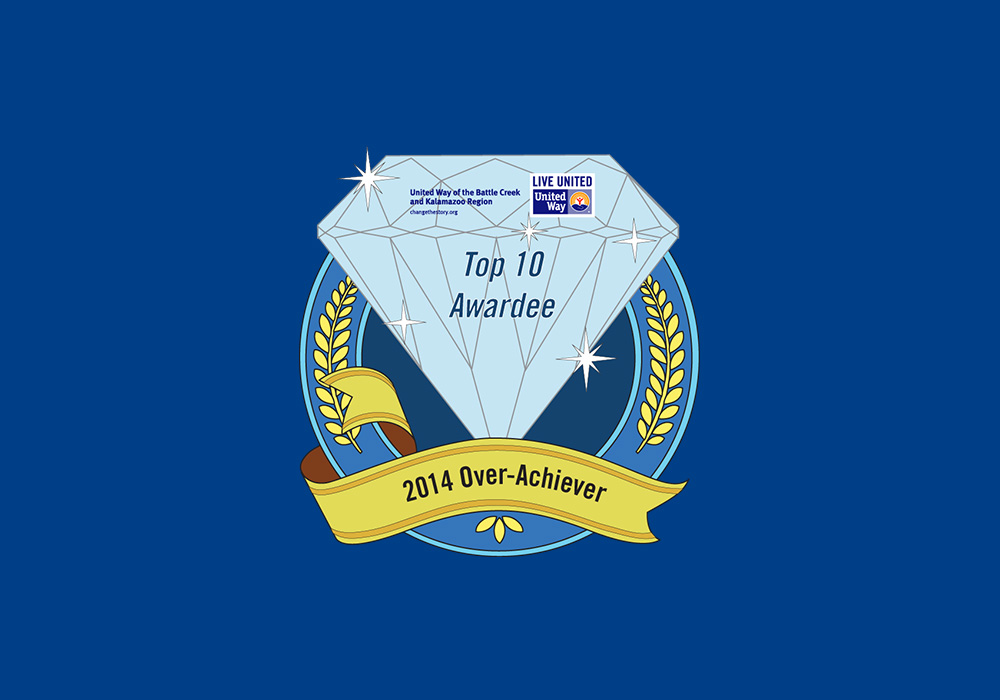 Kellogg Community College has been honored by the United Way for the College’s record-setting institutional donation of more than $21,000 in 2014.

The College, whose employees collectively donated $21,447 to the United Way of the Battle Creek and Kalamazoo Region during the United Way’s 2014 campaign last fall, was recognized with one of 10 Over-Achiever awards during the organization’s 2015 Impact! Awards and Celebration event April 22. The award recognizes organizations that “achieved a level of results that exceeded expectations and changed the story through their United Way support,” according to the United Way.

“KCC employees are generous with their time and resources and we believe in giving back to the community in a variety of ways,” Greene said. “We are grateful for the United Way’s recognition of our commitment and we’re already looking forward to another successful campaign in 2015.”

Michael Larson, president and CEO of the UWBCKR, said the companies honored by the organization, including KCC, “are true leaders in changing the story.”

“Meaningful change in our region happens when individuals and groups come together with passion, generosity and a determination to make a difference,” Larson said. “These companies and their employees continue to affirm their commitment to United Way and our work.”

Financial gifts from KCC employees were combined with others from across the region to total more than $14 million raised during the United Way’s 2014 campaign. The UWBCKR uses such donations to support community efforts to educate children, enable better health opportunities for families and sustain good-paying jobs for workers. More information about the organization is available at www.changethestory.org.