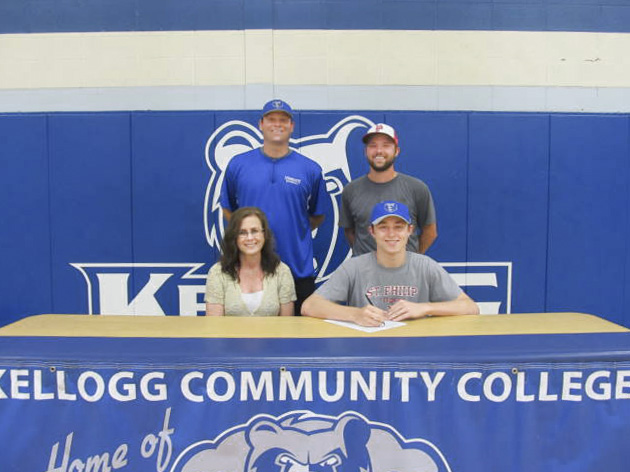 Nicholas Hurst, of Battle Creek, has signed a National Letter of Intent to play baseball at Kellogg Community College and will begin playing for the Bruins next season.

Hurst, a shortstop and catcher for St. Philip Catholic Central High School’s Flying Tigers, was a co-MVP of the school’s varsity team his senior year, earning all-district and all-league honors and a spot on the Battle Creek Enquirer’s 2015 All-City Baseball Team.

“Nicholas has a chance to be a very nice player for the Bruins,” Eric Laskovy, KCC’s head baseball coach said. “He is a strong student and has a great work ethic. We are excited to welcome him into our program.”

KCC’s Bruins made their mark this season as conference and regional champions after winning the Michigan Community College Athletic Association conference championship and the National Junior College Athletic Association Division II North Baseball Tournament in May. The team finished the season with a 23-3 conference record and a 39-16 record overall after going 2-2 in NJCAA Division II World Series play in Enid, Okla., in what was the team’s sixth national championship appearance since 1999.