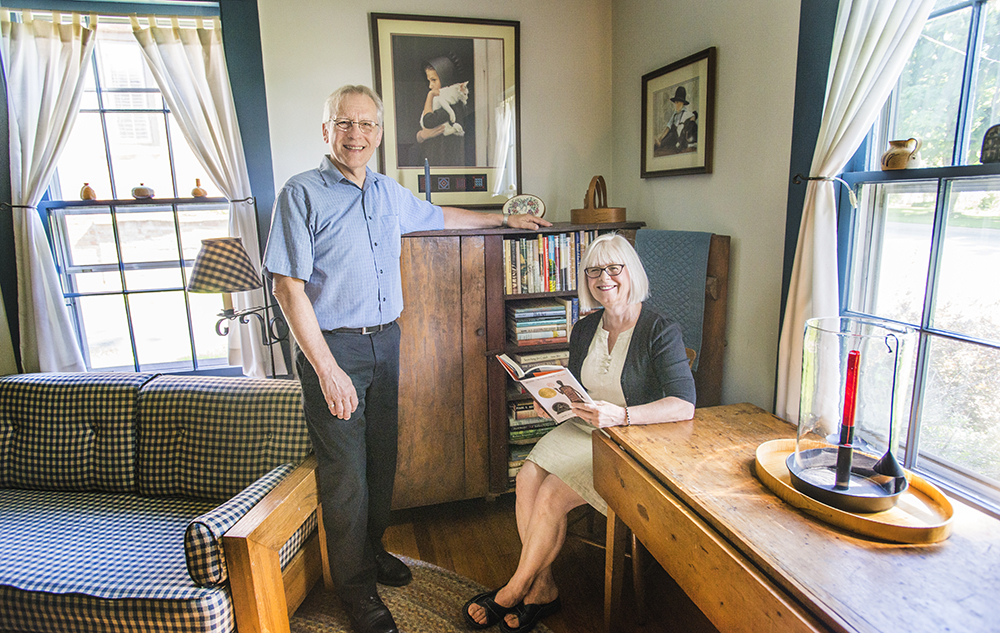 The couple and their three grown children – two of whom are now teachers – have all earned bachelor’s degrees, and all have benefited from having expenses covered in part by scholarships or tuition reimbursement.

“In 1998 we had four of us in college at the same time,” Diane said. “We could not have done it without scholarship funds.”

The couple established the Diane and John Kellogg Scholarship in 2007 as a way to give back. It was initially established as a scholarship for student assistants working in KCC’s Morris Learning Resource Center, where Diane worked as manager of library services until retiring from the College last summer. John retired as a computer lab technician from the College’s Fehsenfeld Center in Hastings last summer after working at the College since 2008.

Broadening the scope of their scholarship to education majors seemed like a natural choice when the scholarship was endowed in 2014, and working with students through their roles at the College provided additional validation for the couple’s decision.

“Working with students and knowing some of them are really just pushing forward because they’re determined but they’re having problems financially, and knowing that we are helping is just a really good feeling,” John said. “We are in a position now where we can do that, and we want to pay it forward. It’s a joy and privilege to do it.”

The scholarship and the motivations that drive it extend beyond just the Kelloggs and their children. The scholarship is funded in part from inheritance funds from Diane and John’s mothers, both of whom died in recent years, and the Kelloggs, in addition to funding education for KCC students, have also set up funds for the education of their young grandchildren.

“We’re not big gift givers, we don’t lavish gifts, but this is what we want to do,” Diane said. “I’m a first-generation college student in my family, and I’m proud to say that my children have graduated from college, too.”

The application deadline for the KCC Foundation’s general scholarships for the 2016-17 academic year is March 11! For more information or to apply online, visit www.kellogg.edu/kcc-foundation.