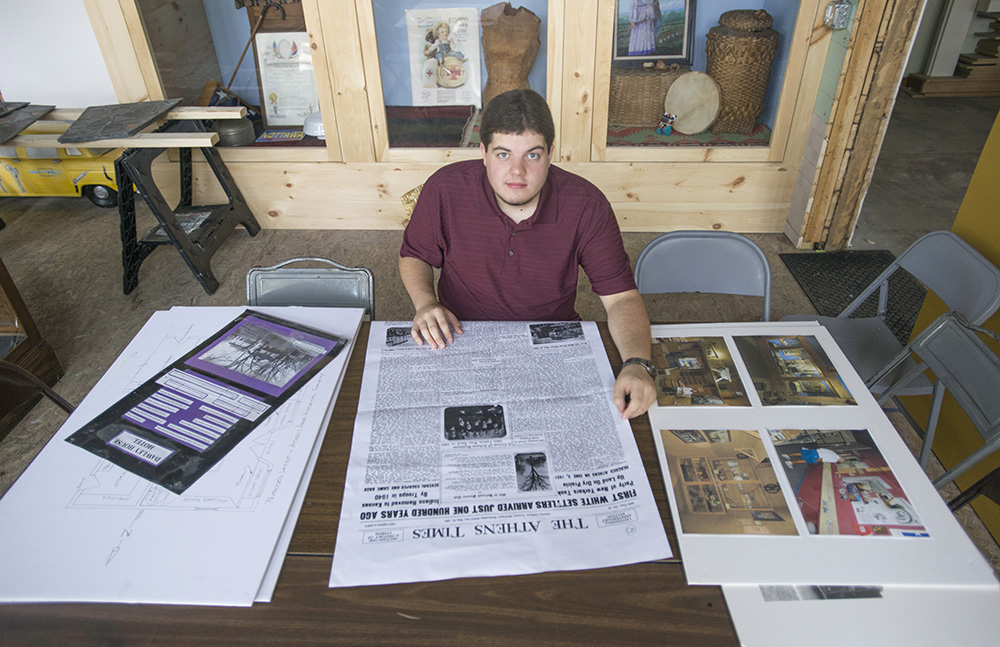 Eric McClure was no stranger to achievement when he was awarded the Kellogg Community College Board of Trustees Scholarship in 2013. A graduate of Athens High School, McClure was on the school’s honor roll every semester, was valedictorian of his class and was recognized for completing more than 300 hours of community service – the most in his class. His senior year of high school he was elected to the Athens Area School District Board of Education, a four-year term that runs through 2016.

Yet McClure, who graduated from KCC in 2015 with an associate of general studies degree, says he was initially nervous about being able to juggle the requirements of the scholarship while in school, which included participation in various Honors Program activities and other initiatives. Today he sees those requirements as the motivations that led him to some of the most rewarding experiences of his time in college.

“Going in I thought it would be uncomfortable because you’ve got to do these honor contract projects, these service-learning experiences, and I thought, that’s just a lot to ask of a student, especially a first-year student,” McClure said. “But to me, if it wasn’t for that I don’t know how involved I would’ve gotten at KCC. So I have to thank the requirements of the scholarship for that; I just don’t think I would’ve been as involved.”

McClure’s studies led him to volunteer serving Thanksgiving breakfast to customers at the SHARE Center in Battle Creek, and to working with residents at S.A.F.E. Place Shelter, where he and others were so moved they purchased gifts for children staying there. Last year he completed a 10-month internship with the Nottawaseppi Huron Band of the Potawatomi tribe in Athens Township, and prior to that served as an intern for the Mark Schauer for Governor campaign, an opportunity he pursued through membership in the KCC Democrats student organization on campus.

These are the kinds of experiences particularly valuable for a student like McClure, who this year was awarded the Robert F. Hites Transfer Scholarship for the highest achieving KCC graduate and is now studying political science and journalism at Western Michigan University.

“I want to be able to represent, by standing up for and giving a voice to, those in my community, and at the same time be able to communicate with them,” McClure said. “Too often our leaders seem to go off on their own agendas and leave their communities behind. I’d hope that my skills in political science and journalism would help me become a leader who is able to listen to and communicate the needs of my community.”

The application deadline for the KCC Foundation’s general scholarships for the 2016-17 academic year is March 11! For more information or to apply online, visit www.kellogg.edu/kcc-foundation.