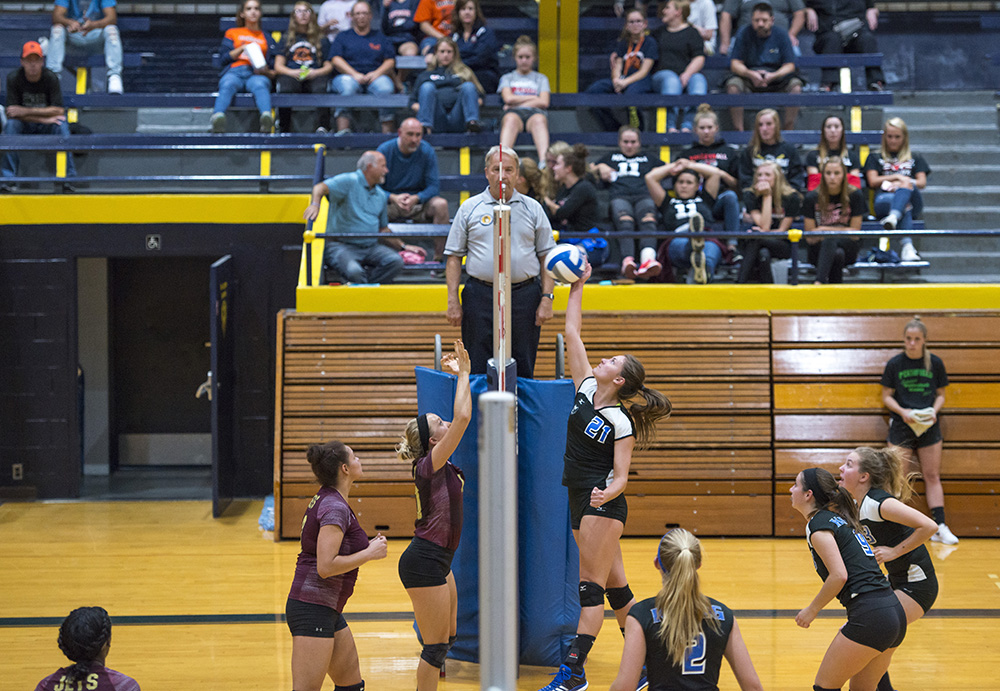 Kellogg Community College’s women’s volleyball team went 3-1 at the Gerald R. Ford Fieldhouse this past weekend as part of the Grand Rapids Community College Raider Challenge invitational, lifting their overall record for the season so far to 15-4; the team’s conference record is 7-3. See scores from each of this weekend’s matches below.