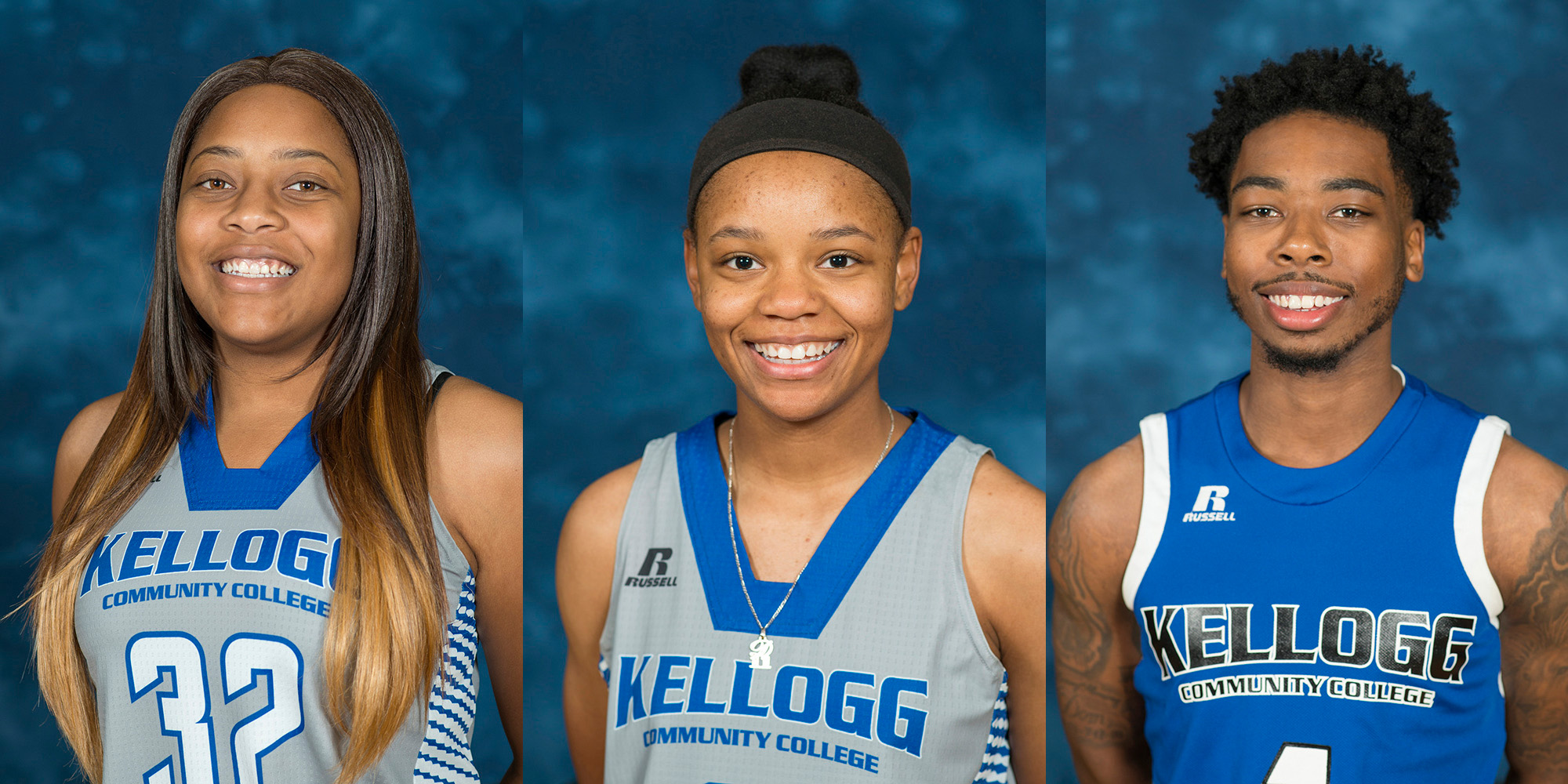 Clayton, a sophomore forward and graduate of Battle Creek Central High School, averaged 11.9 points and 13.5 rebounds per game this season with the Bruins – the highest average rebounds per game in the team’s MCCAA conference.

“Dareka was a force inside for us this season at both ends of the court,” KCC’s Head Women’s Basketball Coach Dic Doumanian said. “To lead the conference in rebounding like she did really says a lot about her effort and determination.”

Kincaide, a freshman guard and graduate of Hyde Park Academy High School in Chicago, averaged 12.9 points and 4.3 rebounds per game.

“Destiny came in as a freshman and did an outstanding job for us as our point guard,” Doumanian said. “I’m looking forward to even bigger and better things from her next season.”

Watkins, a sophomore guard/forward and graduate of Harper Creek High School, averaged 17 points and 4.3 rebounds per game for the men’s basketball team.

Ben Reed, head coach of KCC’s men’s basketball team, said Watkins was a leader for the Bruins this year, excelling on the court and in the classroom.

“When you speak about taking advantage of one’s opportunities, I look at Khylen as a prime example,” Reed said. “He left Adrian College last year and wanted a second chance at playing basketball and pursuing his degree. I gave him a chance and he didn’t look back.”