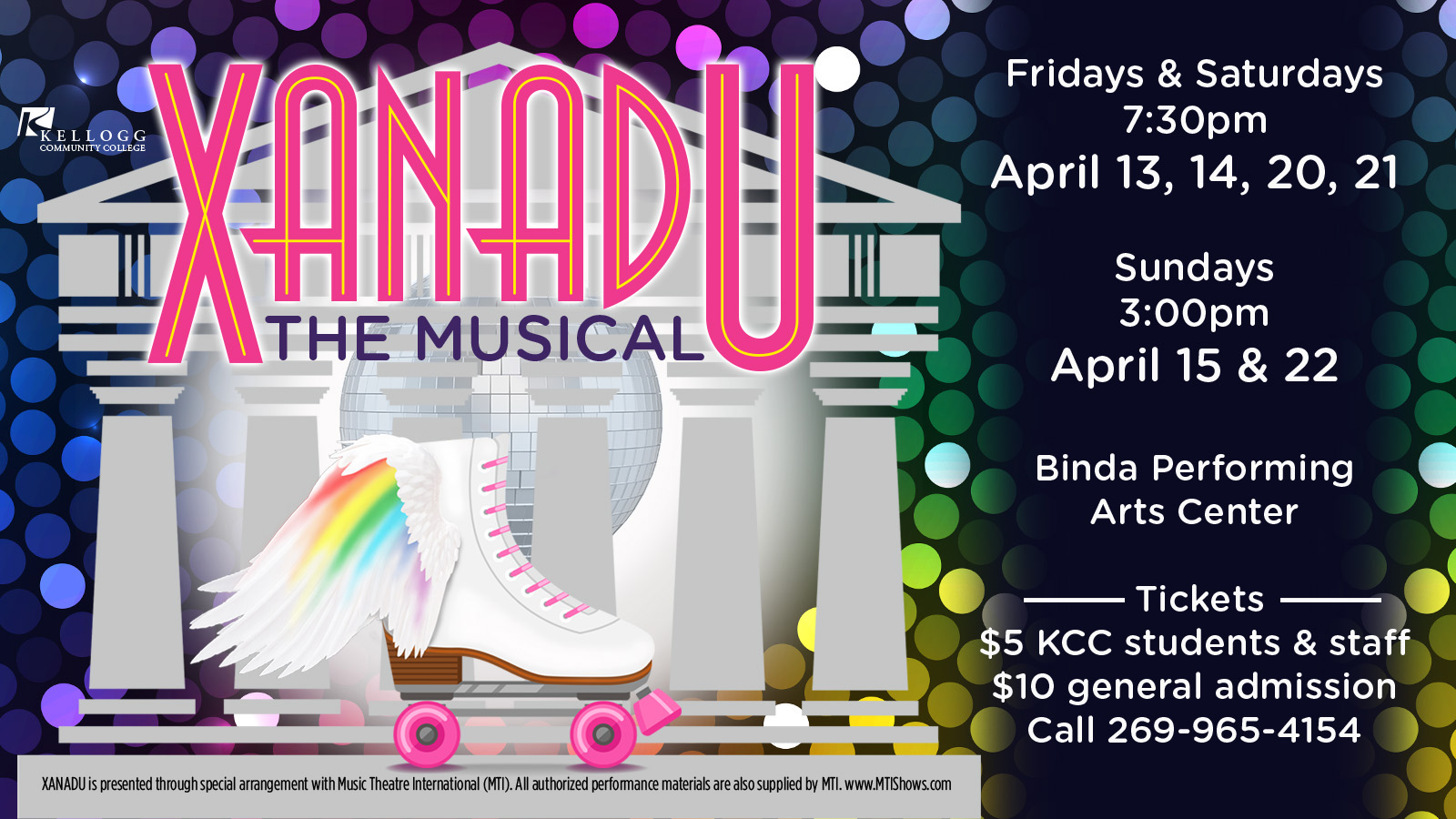 All performances will be held at KCC’s Binda Performing Arts Center on campus at 450 North Ave., Battle Creek.

Based on the 1980 Olivia Newton-John and Gene Kelley film, “Xanadu” is the musical story of a magical Greek muse helping an artist create his masterpiece: a roller disco.

While director and KCC Theatre professor Brad Poer said the film took itself serious, it was a flop when it was released and the stage musical takes a more humorous, tongue-in-cheek approach.

“To have something that we can be a little cartoony with and we can be thumbing our nose at ourselves, it’s going to work really well for that, I think,” Poer said.

During an April 3 rehearsal, Poer and the cast were working on a scene featuring a confrontation between the ensemble cast and Sonny, the artist, played by DeQuan Perry, Jr., while Caitlin Sackett – as the muse Clio – glided on the stage in roller skates.

Will Clio, posing as the human Kira, be able to help Sonny achieve his dream? Or will she be undone by her jealous sisters?

“Xanadu” tickets are $5 for KCC students and employees and $10 for the general public and will be available for purchase before each show. For more information or to reserve tickets in advance, call 269-965-4154.

For more information about Theatre studies at KCC, visit www.kellogg.edu/theatre.