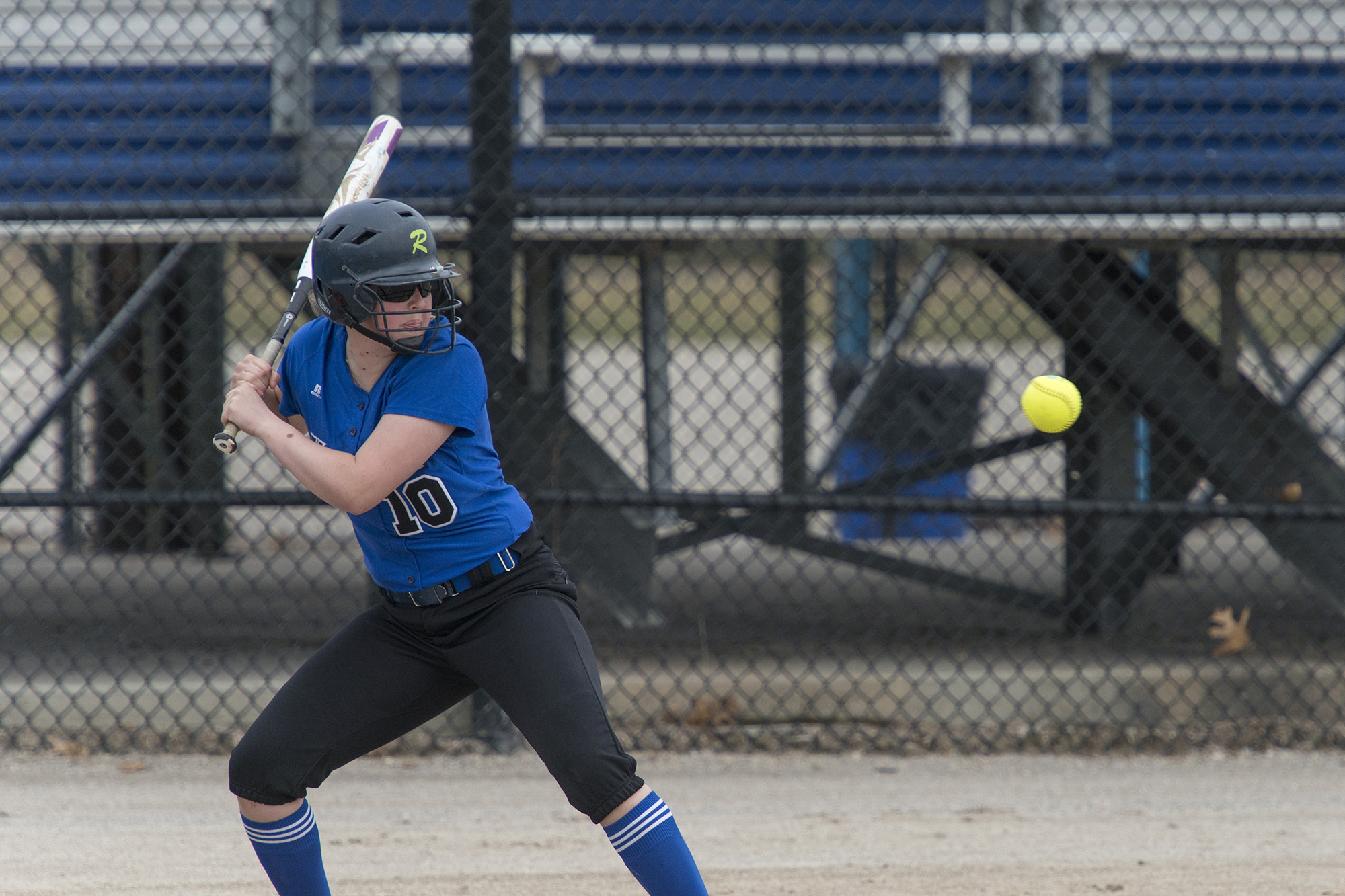 KCC softball defeated GRCC 13-1 in the first of an afternoon doubleheader Thursday, April 19, in Grand Rapids.

Head KCC Softball Coach Mike Miller said the Bruins scored three runs to start the game, added one in the second and exploded with seven in the third to put the game away early.

“That’s the offensive start you want,” Miller said. “Three runs in the first and a big third inning set the stage for us.”

Miller said Stephenson kept the Raiders in check from the mound, allowing four hits in five innings pitched to get the win.

“Alexa gets the job done and fields her position well,” Miller said. “She had an solid offensive day to boot.”

KCC wrapped up the April 19 doubleheader with a 10-7 win over GRCC.

Coach Miller said the Bruins were up 4-0 in the third but fell behind when GRCC scored five runs in the fourth inning, shifting the game’s momentum. GRCC scored two more in the sixth to widen their lead heading into the seventh, but KCC rallied with six runs in the top of the seventh.

“As a rule, you don’t want to trail by three runs in your final at-bat, but we took the right approach and got an impressive win,” Miller said. “It was a great day for sure. I like the comeback attitude and the way we didn’t change our approach at the plate.”

KCC fell to LCC 12-4 in a five-inning first game of an afternoon doubleheader Friday, April 20, in Lansing.

Coach Miller said the Stars scored three times in each of the first three innings to lead 9-2.

“Lansing put the ball in play and with the windy conditions kept us in a defensive jam all game,” Miller said.

KCC dropped the second game of the day to LCC 11-5 on Friday.

Keating led the Bruins on offense, hitting 3-3, including a double and an RBI; Ebeling hit 1-3, including a home run and two RBIs; and Masko hit 2-4.

Coach Miller said the Bruins started the second game with a nice offensive first inning, scoring three runs. An error in the fourth handed the Bruins another run, but two Lansing runs in the third cut the Bruins’ lead in half. Ebeling hit a solo shot in the fifth to put the Bruins ahead 5-2, but the Bruins couldn’t hang onto the lead.

“We started great in the second game and kept them scoreless in three of the four defensive innings, but things changed in the fifth and sixth,” Miller said. “The Stars scored nine runs in their final two innings on offense.”

The latest results bring the Bruins’ overall record for the season so far to 5-15; the team’s conference record is 4-8. The team plays next beginning at 3 p.m. today, Tuesday, April 24, against conference opponent Jackson College at Bailey Park in Battle Creek.