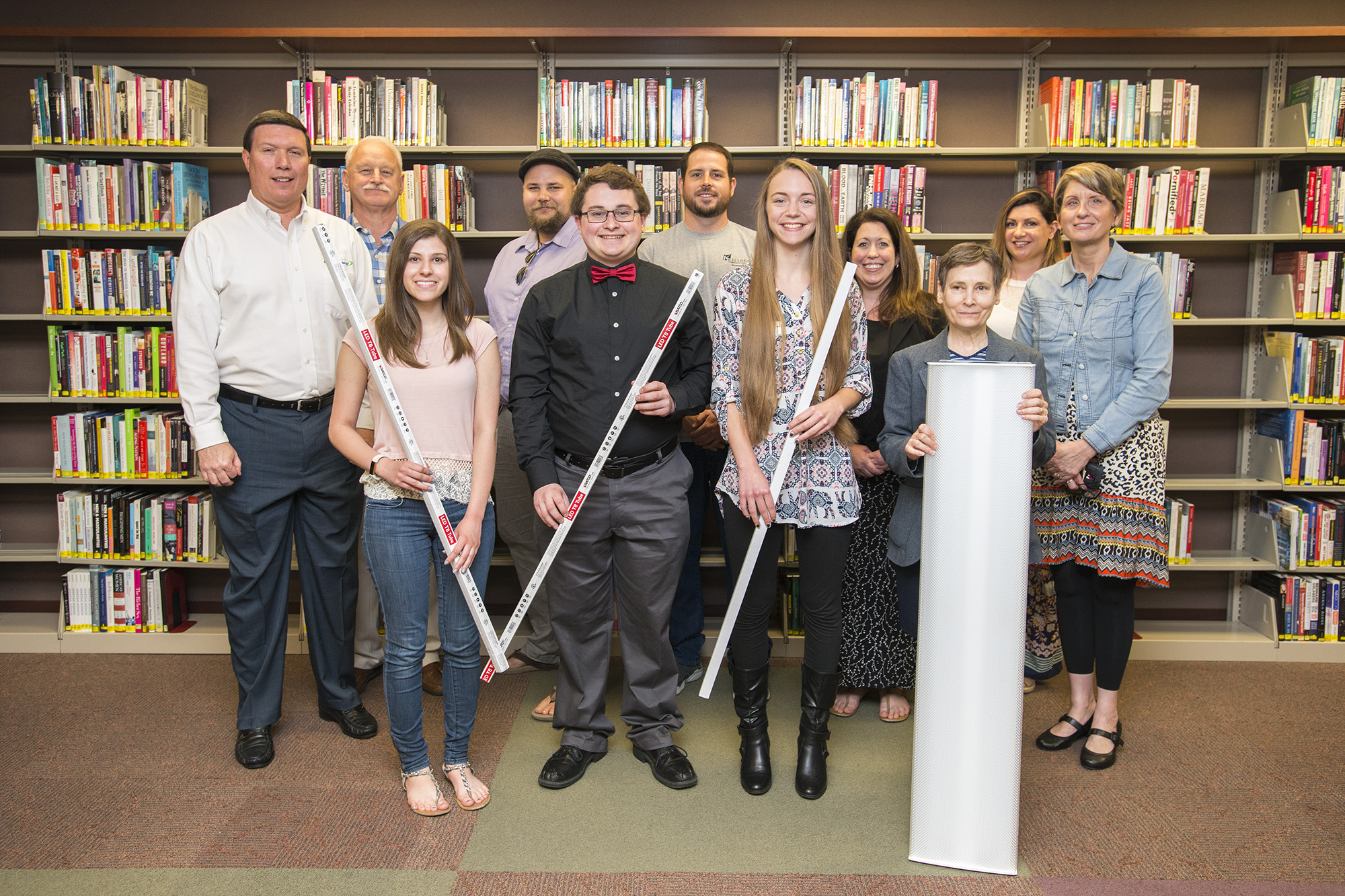 Kellogg Community College will save thousands of dollars per year being more energy efficient thanks to a student-led project replacing outdated lighting in the College library with new LED bulbs.

The project, led by officers from KCC’s Alpha Nu Eta chapter of the Phi Theta Kappa national honor society, includes the purchase and installation of more than 1,000 four-foot LED bulbs, more than 100 can lights and more than two dozen lighting fixtures.

Altogether, the new lighting system is estimated to save the College more than $7,300 per year in energy costs.

KCC Business professor and co-PTK advisor Kim Madsen said the project required the members of the student group to meet with key College and community stakeholders, explore fundraising options and write a grant proposal to accomplish their goal.

“This project was a great learning experience that provided valuable experiences for the students involved and added real value to the College community as a whole,” Madsen said. “The PTK students saved KCC time, they saved KCC money, and their work will serve as an example for future projects.”

The total cost of the project was approximately $16,000, with installation of the new lighting beginning this spring and continuing through the summer. Just over $5,000 was secured through a KCC Foundation Program Initiative Grant requested by a student-written proposal, and was matched with funds from the Foundation’s Mary Morris Fund, which includes resources limited for use to improvements to the College’s library. The additional $6,000 was savings secured via Consumers Energy rebates received for purchasing the energy efficient bulbs.

Consumers Energy C & I Program Manager-Energy Efficiency Jill A. Rolstone said the upgraded lighting will lead to cost savings for the College because the LEDs last much longer than tradition lighting, which is less efficient.

“Alongside safety benefits, better lighting is an advantage for the student learning environment,” Rolstone said.

The lighting project began when PTK students met with KCC President Mark O’Connell last fall to discuss the continuation of a bigger-picture environmental strategy begun by the group last year with a project that saw the installation of 40 custom recycling stations across the College’s North Avenue campus in Battle Creek.

The College’s Emory Morris Library was selected as the group’s focus this year as the location that would produce the most positive return for their investment. Unlike most areas of campus, which include sensors that turn lights off after a certain period of inactivity, the library’s lights remain on for up to 14 hours per day without turning off, and lights there burn out daily.

“It really was a student-led project,” Drew Hutchinson, co-PTK advisor and manager of Student Life at KCC, said. “It was them making decisions, doing the work and leading the charge. It was the students promoting real change.”

PTK Vice President of Membership Macy Hancock participated in the project and said she enjoyed the experience.

“I thought it was cool to be a part of the collaboration with different departments,” Hancock said. “I’d never written a grant before, so that was cool.”

For more information about the PTK’s LED lighting project at KCC, contact advisors Kim Madsen or Drew Hutchinson at madsenk@kellogg.edu or hutchinsond@kellogg.edu, respectively.