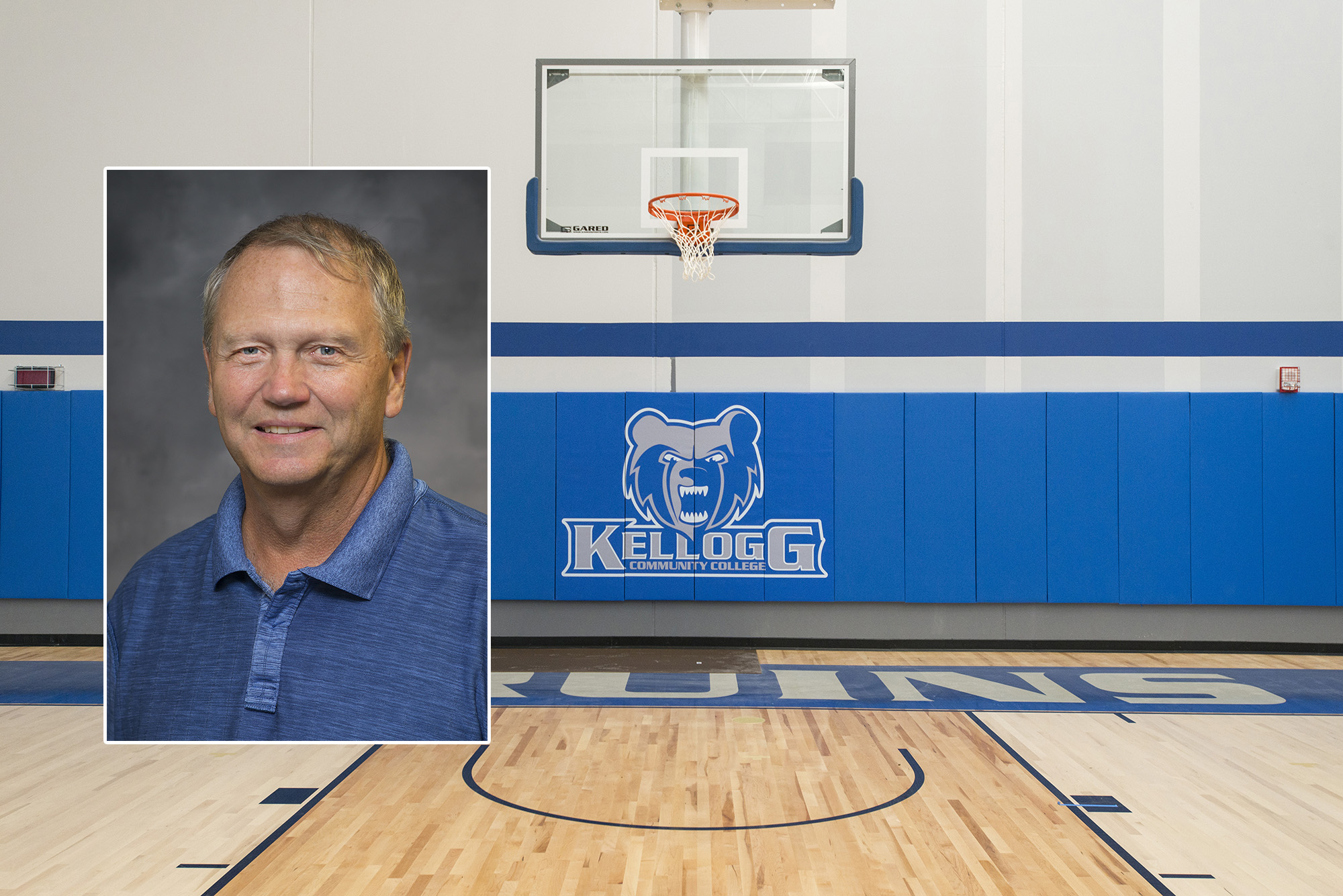 Sprague will be available to meet the public at KCC’s upcoming open house and ribbon cutting ceremony to celebrate the opening of the College’s new Miller Physical Education Building from 4 to 6 p.m. Tuesday, Aug. 7. The event will be held at the new building on campus at 450 North Ave., Battle Creek, and is free and open to the public.

For 21 years, Sprague, a graduate of Western Michigan University, was the varsity coach at Gull Lake High School in Richland, where he also was a teacher for 35 years.

Sprague recently met with some potential team members at a KCC open gym event. He said there were about 19 potential players there, and he hopes to have a team of at least 12 going into the coming season.

“We’re still open to other players and I’m in contact with some other guys that I expect to see shortly,” Sprague said.

When coaching young men in college, Sprague said, it goes beyond the court.

“We‘re not just looking at it as being basketball coaches,” Sprague said. “These are young guys making big decisions in their life about school and careers, and basketball’s part of it. We just hope we can help them move on to wherever it is they want to go.”

“We are very sad to see Ben Reed leave us,” KCC Athletic Director Tom Shaw said. “Coach Reed is a local basketball legend. He really put us into a place to be successful entering our new facility. I am going to miss him and we all wish him good luck.”

Shaw said KCC was fortunate to find Sprague, describing him as the right person at the right time.

“Coach Sprague brings a ton of coaching to KCC,” Shaw said. “Coaching basketball at the college level isn’t any different than high school. The recruiting is the main difference, and Gary has the personality and desire to be very successful in that area.”