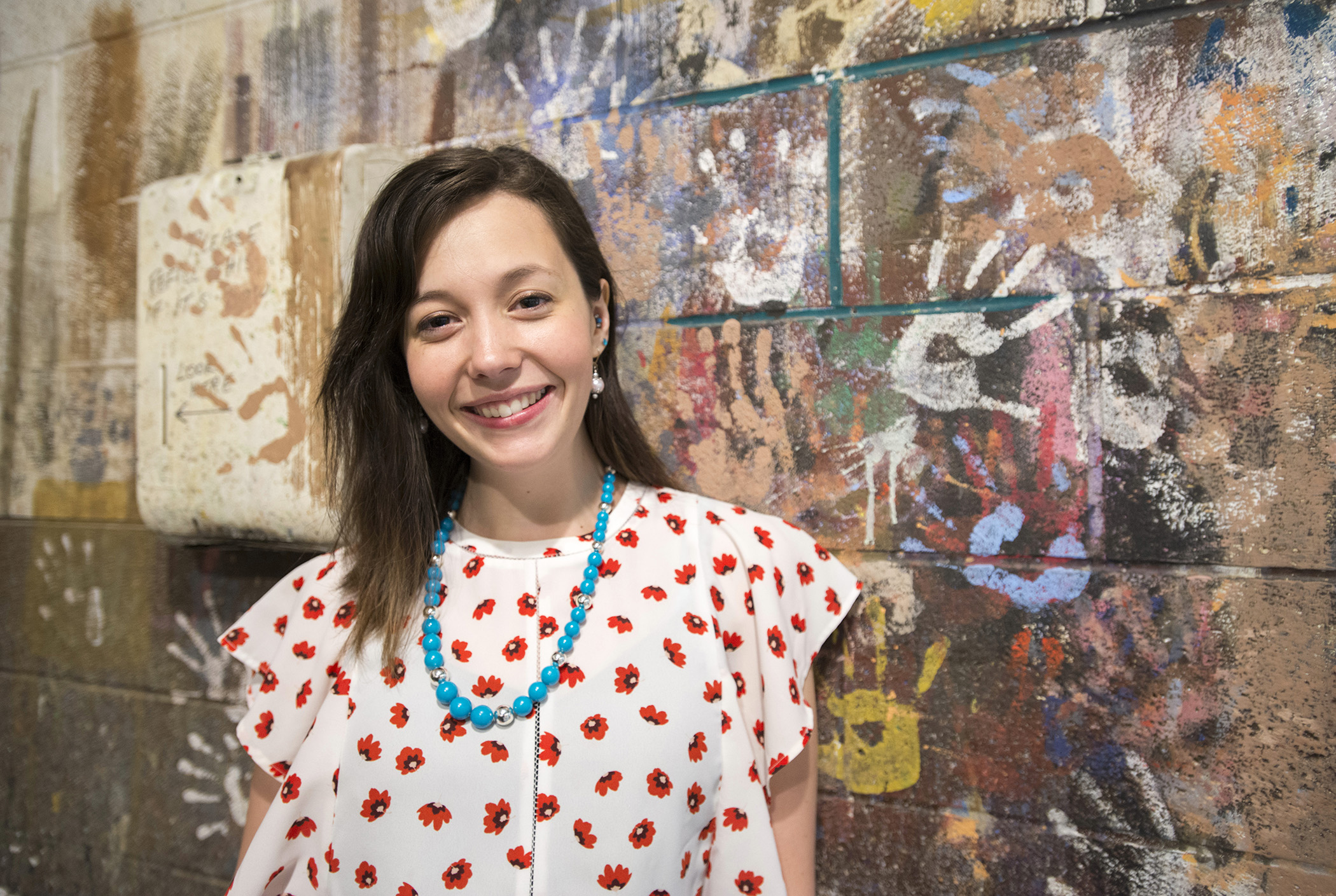 For Schnorr, a 2012 graduate of Marshall High School, KCC was a kind of last resort after a family move to New York fell through and it was too late to apply to colleges closer to home. She’d had her dream school picked out, scholarships were being lined up and everything was perfect.

Then fate stepped in and Schnorr found herself reluctantly enrolling in classes at the local community college.

“KCC was the only one that would accept such a last-minute application,” Schnorr says. “The new plan became spending just a semester at KCC and then transferring to a university in Michigan. But I ended up spending two years there!”

Schnorr made the most of her time at KCC, taking classes from the summer of 2012 through the spring of 2014, when she graduated with Associate in General Studies and Associate in Arts degrees. To say she was active on campus would be an understatement.

Schnorr was president of the KCC chapter of the Phi Theta Kappa international honor society and of the student-led theatre group Encore. She took acting classes and voice lessons and participated in KCC performing arts productions, including as a principal soloist in the College’s Opera/Musical Theatre Workshop in 2013. She was employed as a student worker in the Academic Advising office, and was recognized at the College’s annual Awards Banquet in 2014 as the College’s Outstanding Full-Time Arts & Sciences Graduate and as one of just two KCC students selected for the All-Michigan Academic Team.

While she wasn’t so enthusiastic about attending KCC at the start, Schnorr says today that if she had to go back, taking classes at KCC is something she would choose to do again and again.

“Not only was I given a quality education in classes that pertained to my interests and helped me to achieve my goals, but taking advantage of the opportunities to get involved made my applications to universities stand out, and I was awarded several academic scholarships because of Phi Theta Kappa and Encore,” Schnorr says.

Schnorr says that after she transferred to Wayne State she was able to jump right into her core classes and noticed that she had stronger relationships with her professors than other students.

“I actually had conversations with professors at Wayne State about how I seemed more mature and motivated than many of my peers; they would even offer me special work opportunities,” Schnorr says. “I explained to them that I came to Wayne State with two degrees and two years of understanding the benefits of participating in higher education. That KCC allowed me to grow in confidence and allowed me to transfer with all of my general education classes completed, and at a much less-expensive cost.”

Today, Schnorr is employed full time as a scenic design intern at the Kalamazoo Civic Theatre in Kalamazoo, doing what she loves for a living. After she completes her internship next spring, she’d like to design scenery for operatic productions, combining her love for music and theatre “in the best and most exciting way I know how,” she says.

Eventually she’d like to go back to school to pursue a graduate degree.

“How truly fortunate I am to be given the chance to do this for a living,” Schnorr says. “KCC with its leadership opportunities and art classes has certainly been a vital stepping stone into making this my reality. I am very grateful and would encourage anyone to consider starting their career with KCC.”

Learn more about Madeline Schnorr and see some of her design work on her website at www.madelineschnorrscenicdesigns.com.