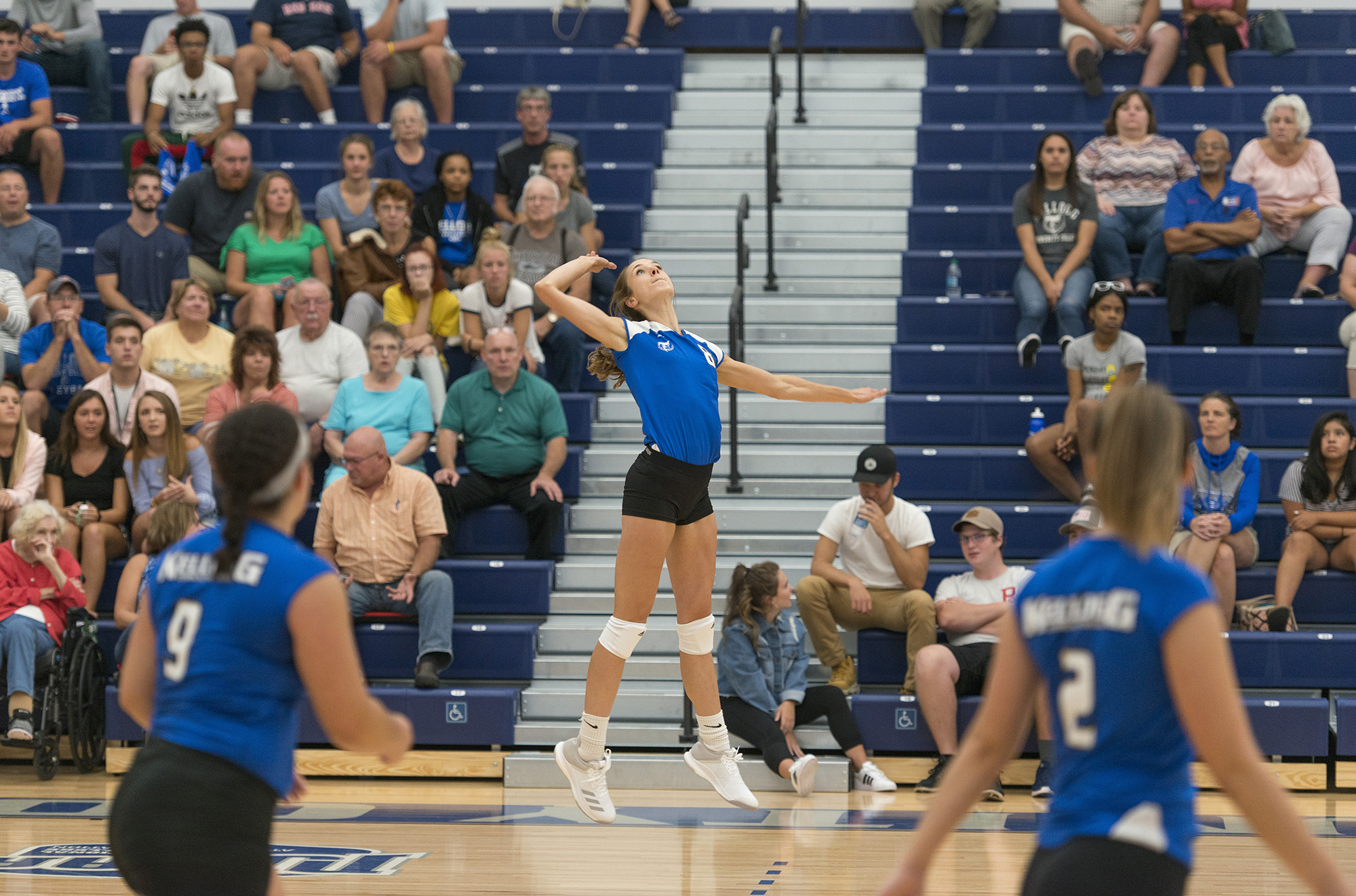 It was the Bruins’ first match in the brand-new Miller Physical Education Building, which officially opened to the public earlier this month.

Head KCC Coach Tom VanWienen said it was a decent start to the season.

“We had our chances and just need to work on our consistency as a team,” VanWienen said. “We will need to get our offense up to speed over the next few weeks in order to compete.”

The loss brings the Bruins’ record for the season so far to 0-1. The team’s next match starts at 6:30 p.m. Thursday, Aug. 30, against conference opponent Jackson College in Jackson. The Bruins’ next home match starts at 6:30 p.m. Tuesday, Sept. 4, against conference opponent Kalamazoo Valley Community College in the Miller Physical Education Building.