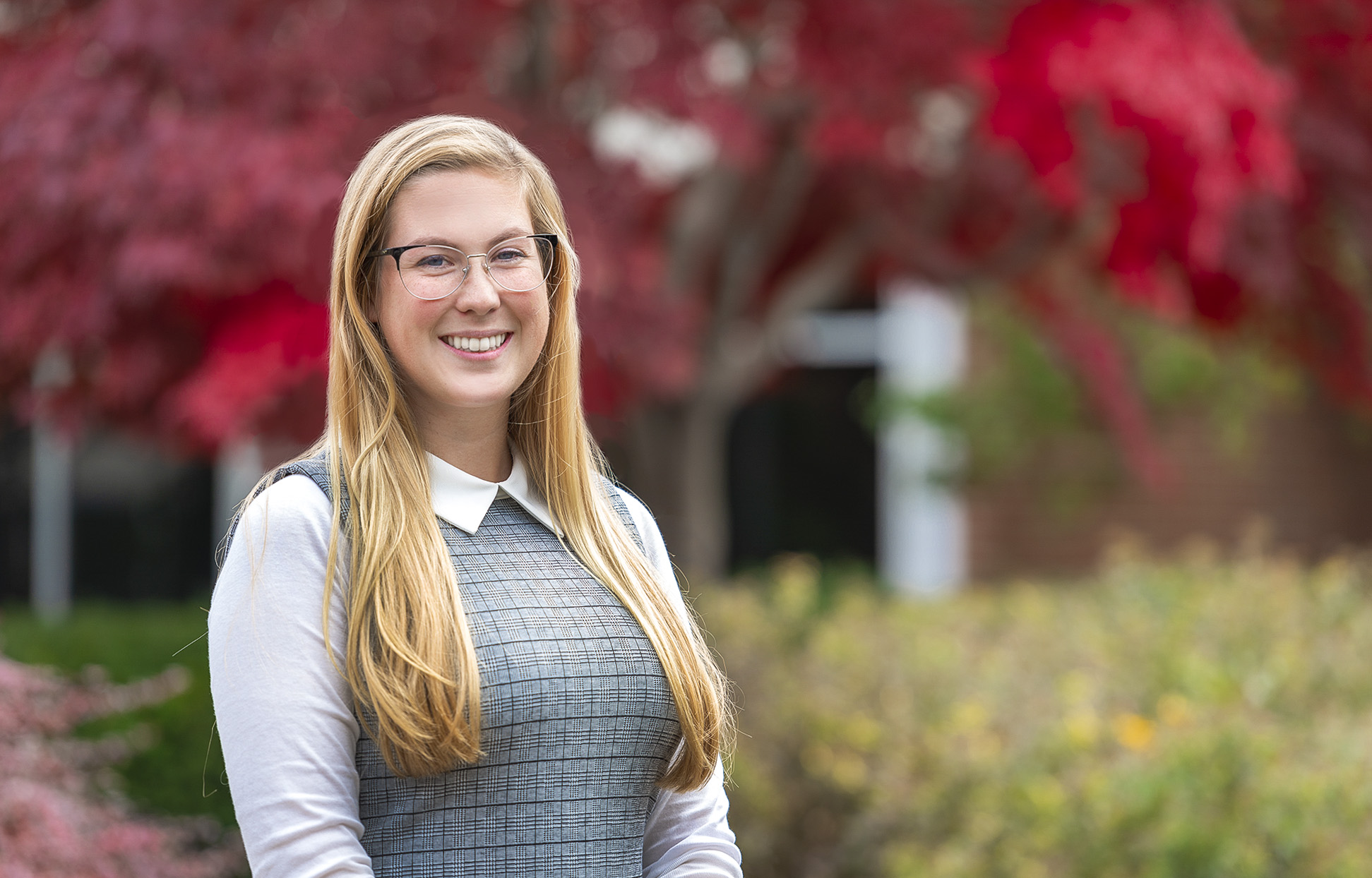 Kellogg Community College student Melina Tindol has seen the world, and now she wants to change it.

Tindol left home in Ottawa, Ontario, for the U.S. in 2015 to live with her husband, a U.S. Marine born in Battle Creek, and the two spent several years abroad before she started classes at KCC last January.

The 26-year-old, French-speaking Canadian was an open water scuba and emergency first response instructor on a military base in California. She worked as a dive master in Vasiliki, a small town on an island in Greece, and lived in Maui, Hawaii, for two years, including six months in a bird sanctuary in the jungle with a monk.

Tindol’s experiences living and working abroad gave her a passion for the environment. Today she’s completing general education credits at KCC with a plan to transfer into Western Michigan University’s Aerospace Engineering program in pursuit of a career she can use to help lessen the negative impacts of climate change and pollution.

Teaching scuba, in particular, “opened my eyes to the global need for change,” Tindol said.

“While teaching scuba diving and traveling the world, I realized that a lot of our oceans were becoming fishless, and some of the most beautiful reefs in the world were dying because of coral bleaching. This is all due to global warming and pollution,” Tindol said. “Unfortunately, it’s hard to revert what we have already done, but if we could engineer new machinery and help prevent further damage from happening then that would be one step forward.”

Tindol would like to be a part of an engineering team working on “green aviation,” she said, developing “an integrated, global plan for renewable energy and the environment” through creativity and innovation.

She hopes to finish up her studies at KCC in 2019 and join her husband next fall at WMU, where he’s studying supply chain management, but till then she plans on staying active at KCC. She’s a student worker for the Kellogg Community College Foundation and KCC’s Student Life office, is president of the KCC Road Runners student organization and is a member of the Phi Theta Kappa Honor Society and Societus Technica, the College’s Tech Club.

She’s also a recipient of the KCC Foundation’s Lawrence Family Endowment Scholarship, and said her time at KCC has been life changing. She’s met an amazing group of friends, she said, and she’s had amazing professors.

“I wasn’t sure if I should return to school after being out of school for many years and studying in French my whole life,” Tindol said. “But I am beyond glad I chose to come back, and there are too many people at KCC to thank for my success so far.”