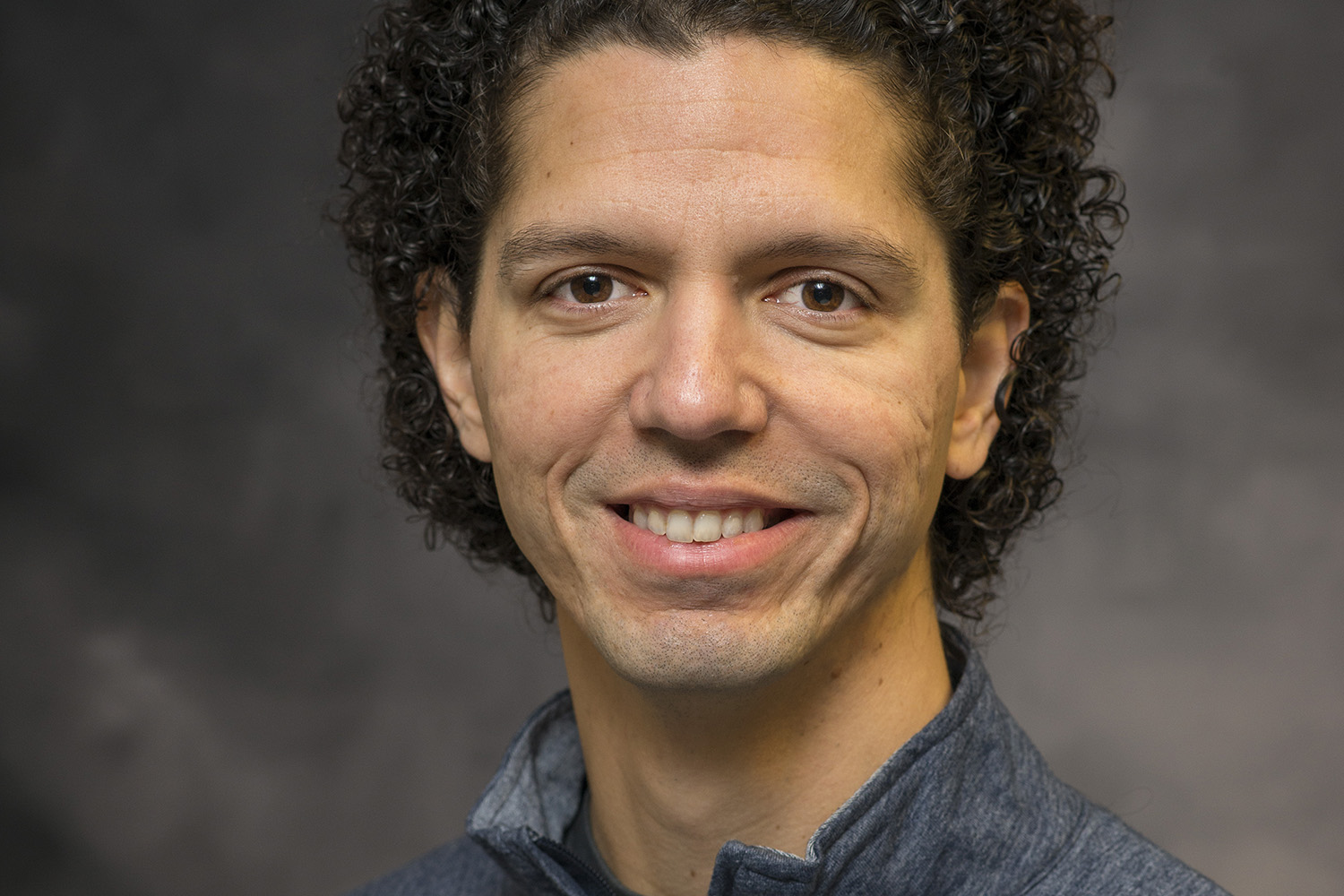 Kellogg Community College’s new women’s soccer coach, Eierí Salivia, is bringing sports knowledge from around the nation and world to guide the Bruins on the pitch.

Salivia is a full-time member of the KCC faculty as well. He’s the Physical Education Program Coordinator, and will start teaching physical education classes this spring semester, which starts Jan. 11. He wants to work on bringing sports science and sports management degrees to the College in the near future.

Salivia previously was executive director of the Kalamazoo Soccer Club. He went there two years ago graduating with a master’s degree from the University of Minnesota.

Before all of that, though, Salivia was a kid carrying a soccer ball everywhere he went after watching his older brother play the sport.

“I took it to school and got in trouble with teachers because of it,” Salivia said. “But I played all the time. In elementary school, I got everybody playing. It was a way for me to pass my time and have fun; a lot of street playing.”

When he was 15, Salivia went to soccer camps in Belgium and Romania. After coming home, he moved to Iowa at 18 with plans to go to college, but then he talked to some of the coaches he met during his time in Europe.

Eventually, an offer was made for him to join the junior level of a professional Romanian soccer club. The money could be tight at times — “The world of professional playing is not all peaches and cream,” Salivia said — and he moved back to Puerto Rico to go to college while playing for the school team.

Salivia even started training for a chance to qualify for the Olympics, but was stopped by a pulled hamstring. That’s when he started coaching and continued his college work.

“That’s how I landed in Minnesota, in the snow,” Salivia said.

The women’s soccer program, new for KCC, will begin in Fall 2019. Salivia wants to make it competitive while setting a high standard for student athletes.

“I want the team to be great, not just good,” Salivia said. “I want to close the gap in what the perception of playing in junior college is.”

Salivia said a college’s talent pool when it comes to soccer is usually made by the strength of the surrounding area’s youth soccer programs, and said KCC’s got a strong field thanks to being able to recruit from six nearby high schools.

“The surrounding area talent level and his passion to coach and ability to recruit will quickly pay off,” Shaw said.

However, a strength for KCC is having a new program. Salivia said that means other teams won’t know what to expect. Anyone facing KCC, though, will be playing against a team that’s been working hard on and off the field.

“For us in athletics, we want to have high standards for students,” Salivia said. “That’s one of the things that attracted me to the position and the program. If we see the history of something such as our baseball program, that’s a pretty renowned baseball program. Those are students who are constantly held to pretty high standards academically by the coach.”

For more information about women’s soccer at KCC or to find the Prospective Student Athlete form for new recruits, visit www.kellogg.edu/soccer or contact Salivia at saliviae@kellogg.edu or 269-565-2860.