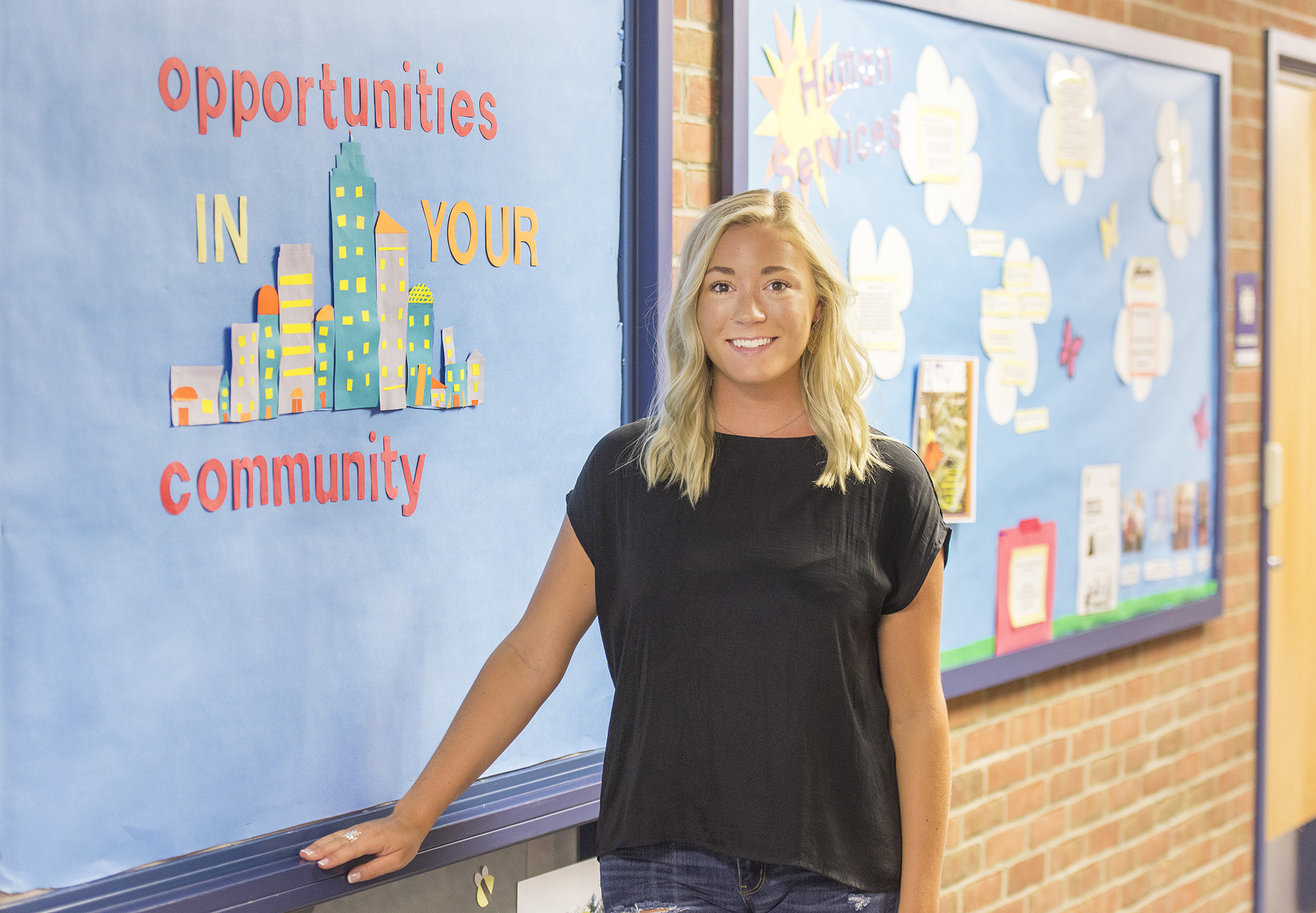 Kellogg Community College first profiled alumna Amber Hartlerode in a series of YouTube videos in August 2017, as well as in a number of promotional photos — including on Instagram — highlighting the College and the benefits of a community college education.

Hartlerode transferred to Western Michigan University that fall to pursue a degree in social work, and she’s been busy at WMU on campus and off ever since. In addition to keeping up with her studies, she works with Boys & Girls Clubs of Greater Kalamazoo and interns with the educational organization Communities In Schools. She’s currently working on her honors thesis.

Hartlerode will graduate with a Bachelor of Social Work from WMU’s Lee Honors College and the College of Health and Human Services in June and hopes to pursue a Master of Social Work at WMU or the University of Michigan this fall. She said recently that she still values her time at KCC, and she even returned to campus a few weeks ago to visit some of her old professors.

“I am still so appreciative that KCC paved the way for me to be as successful as possible at a university,” Hartlerode said.

Pictured above, Hartlerode poses for a photo during our 2017 photo/video shoot.