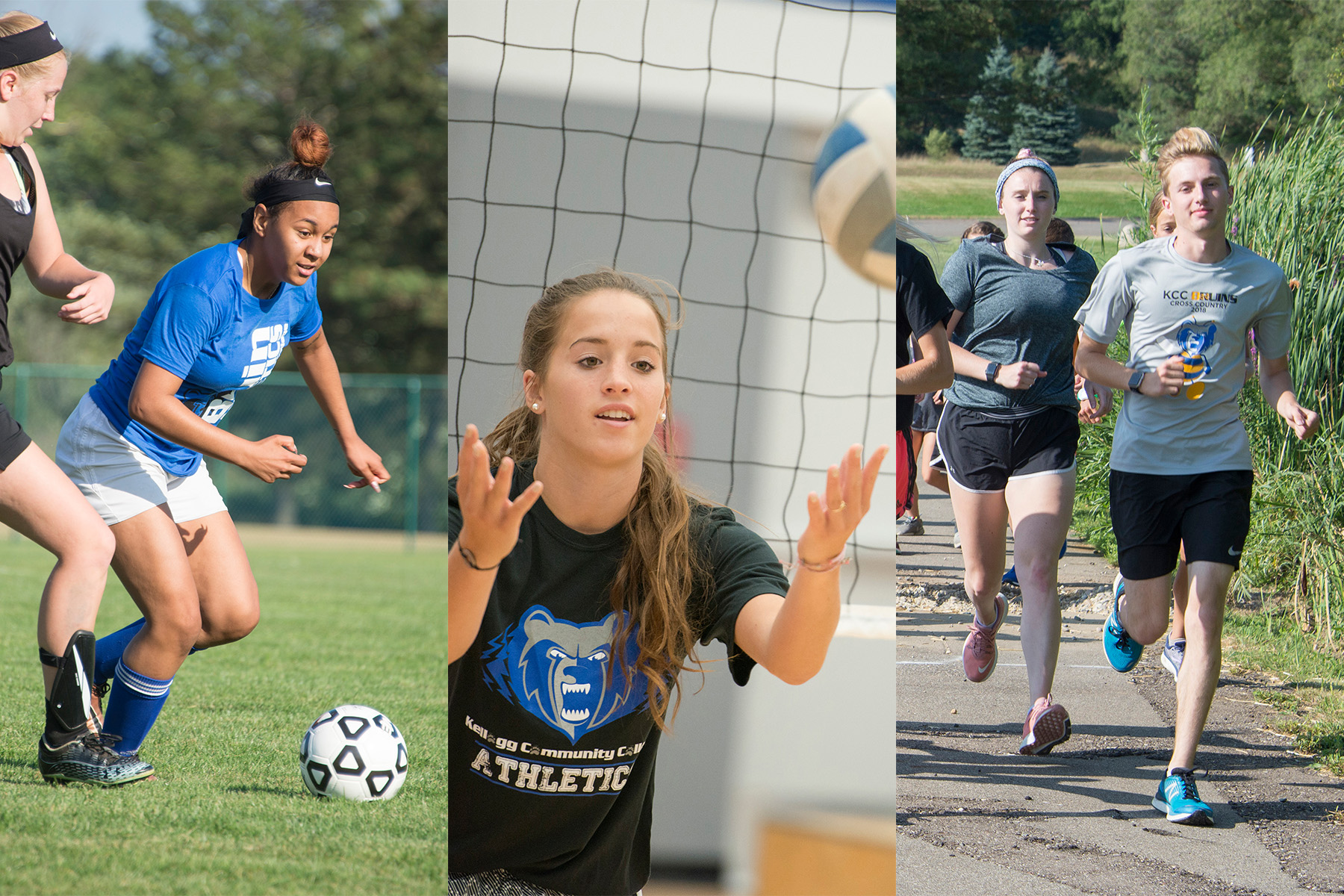 For more information about fall sports or other athletics opportunities and initiatives at KCC, visit www.kellogg.edu/athletics. All home games for all KCC sports are free and open to the public.

KCC hired Eierí Jordán Salivia, a former professional soccer player, last fall in a full-time position to coach the new women’s soccer team and to serve as the coordinator of the College’s Physical Education Program. Salivia’s new team will play its first home match starting at 4 p.m. Friday, Aug. 30, against Ancilla College on the soccer field adjacent to the Miller Physical Education Building. For more information about women’s soccer at KCC, visit www.kellogg.edu/soccer.

The women’s volleyball team is returning four sophomores to a squad of 12 this year after a tough 2018 season with just eight players on the roster. The team’s first home match of the season begins at 6:30 p.m. Thursday, Aug. 29, at the Miller Gym. For more information about women’s volleyball at KCC, visit www.kellogg.edu/volleyball.