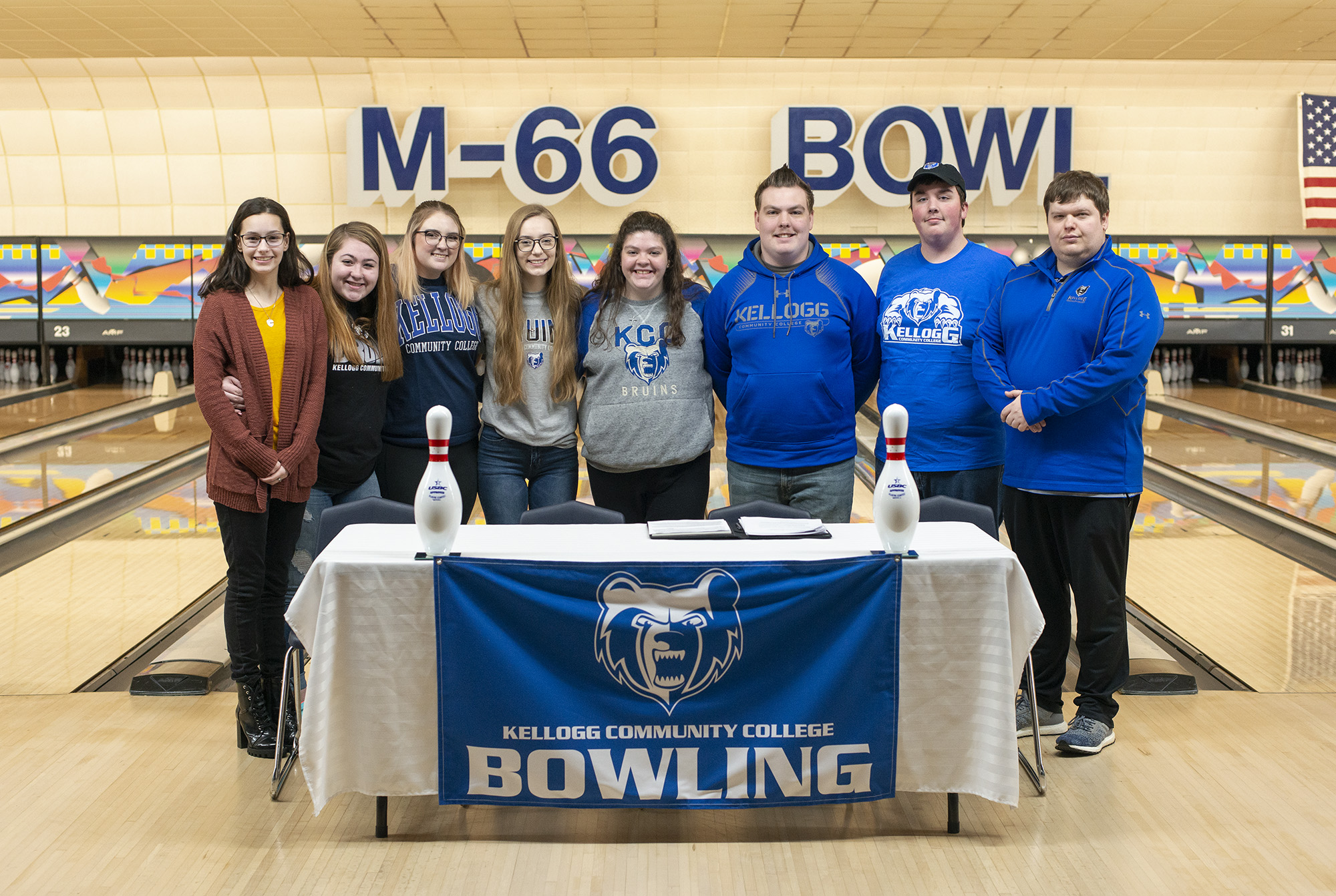 The Bruins of Kellogg Community College have competed on the basketball court, the clay of the diamond, the grass the soccer field and the trails of the cross country course, but beginning this year they’ll be competing in an entirely new venue: a bowling alley.

KCC is adding men’s and women’s bowling teams to its roster of collegiate athletic teams, and has hired Brad Morgan of Marshall to lead the new teams as head coach.

Morgan was the head coach for Marshall High School’s boys varsity bowling team from the 2013-14 season through the 2018-19 season, and himself competed at the high school and college levels. He played three seasons at Marshall High School, including an all-conference season in 2006-07, and went on to compete for two seasons as part of Ferris State University’s club bowling team. He’s also a Level I Coach certified by the United States Bowling Congress.

While practices for the new teams won’t begin till next fall and official competition won’t begin until January 2021, Morgan said he’s been actively recruiting for the new KCC teams since last fall. He officially signed the teams’ first seven athletes Friday at M-66 Bowl in Battle Creek.

“My initial goal is to find student athletes who will add to the great community here at Kellogg Community College through academics, athletics and community service,” Morgan said. “In the long term, I want to create a program here at KCC that empowers our athletes to succeed on and off the lanes.”

Morgan said he’s looking forward to giving the new KCC programs a solid foundation from the start, building from a strong bowling community in Battle Creek. He describes his coaching style as “passionate,” working with athletes to hone their mental game as well as the physical.

“When it comes to my approach to the game, I believe that a pressure-filled spare is just as important as a strike,” Morgan said. “Strikes will happen, but being able to clean up a difficult spare conversion can make all the difference in a long day of competition.”

Morgan has been a pro-shop attendant at Marshall’s Alwyn Downs Golf Club since 2005 and holds a Bachelor of Science degree in General Biology and an Associate of Applied Science degree in Ornamental Horticulture Technology, both from Ferris State University. An active Future Farmers of America participant since high school, Morgan won the coveted DEKALB Agricultural Accomplishment Award in 2007 and is a lifetime member of the FFA Alumni.

KCC Athletics and Physical Education Director Tom Shaw said the College is excited to bring Morgan on board and about expanding the College’s athletics opportunities and success to another sport at KCC.

“Brad brings bowling coaching experience, he played at the college level, he understands the game and has an enthusiasm about recruiting that KCC will reap success from right from the start,” Shaw said.

The addition of men’s and women’s bowling teams at KCC is the culmination of an athletics restructuring at the College that began with the completion of KCC’s new Miller Physical Education Building in the summer of 2018. The College added men’s and women’s cross country teams and a new Physical Education Coordinator position that fall and added a new women’s soccer team in the fall of 2019.

Shaw said bowling specifically was chosen as an opportunity for KCC to recruit local student-athletes “first and foremost.”

“We are very strong locally with high schools that are very competitive statewide,” Shaw said. “This sets us up for a strong bowling program at KCC that will be competitive both league wide and nationally while being sustainable with local athletes filling our rosters.”