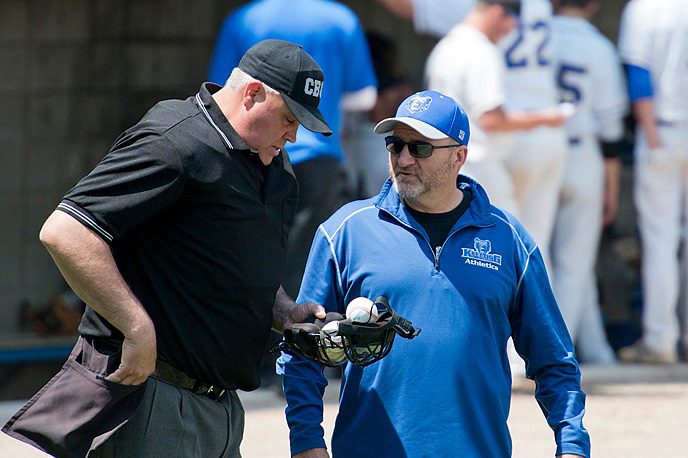 In the MCCAA’s award announcement released June 23, the organization noted Shaw’s work adding men’s and women’s cross country, women’s soccer and men’s and women’s bowling teams to KCC’s athletics offerings for students over the past three seasons. The MCCAA also noted Shaw’s role as treasurer for the organization and his work spearheading the creation of the MCCAA’s new executive administrator position, which starts in July.

“He also brings many ideas to the table at MCCAA meetings that have helped move the organization forward,” the MCCAA announcement said. “Shaw has a passion for the Michigan Community College Athletic Association that very few have.”

Shaw oversees athletics and physical education programming at KCC, with direct oversight of three full-time employees and more than 20 coaches and assistant coaches; he managed more than 80 student athletes during the 2019-20 academic year alone.

Shaw has also been at the forefront of an expanding athletics and physical education initiative that began with the completion of KCC’s new Miller Physical Education Building in the summer of 2018. The College added men’s and women’s cross country teams and a new Physical Education Coordinator position that fall and added a new women’s soccer team in the fall of 2019. The new men’s and women’s bowling teams begin practices this fall.

Dr. Kay Keck, vice president for Student and Community Services at KCC, said the award is a well-deserved honor that reflects Shaw’s character and approach to his work.

“Tom’s dedication to his students, athletics and the College is well understood at KCC,” Keck said. “We’re proud of Tom and honored to have him at KCC as he continues the legacy of Bruin excellence for our students and student athletes both in and out of the classroom.”