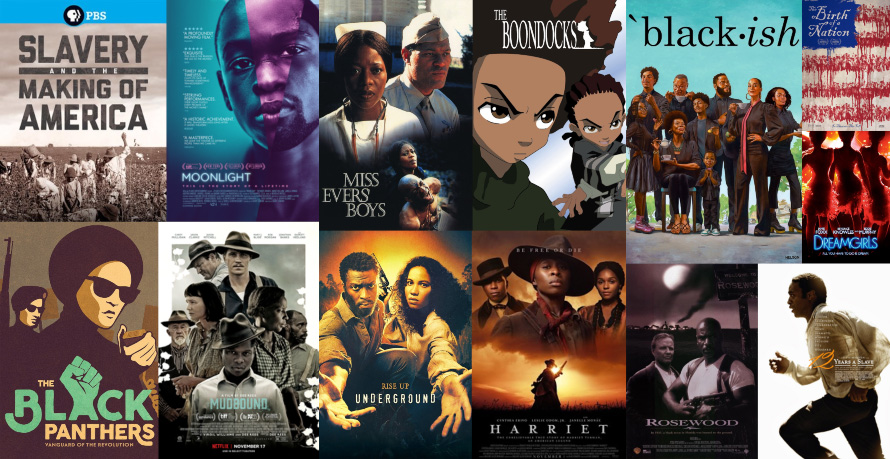 These resources were selected to show African American women and men in diverse situations within the American experience.

Black Americans’ experiences in the United States have not all been poor, bad nor negative. Within the struggle to receive the full benefits of being a human in the United States have been many wonderful stories and experiences for men, women, children, families and whole communities most often told through the pain of the American social landscape. This collection of suggested viewing attempts to achieve balance from that perspective.

More than a good learning experience, this could also be realized as engaging and enjoyable entertainment. This is NOT the “ideal” list for understanding the African American experience, but it is a good one for learning about much of it. Comments, reactions, critiques or conversations on any of these are welcome. Thank you for viewing whichever of these for which you are able to make time.

(Note: An asterisk * indicates material I have not personally read.)

English professor Ron Davis teaches English, literature and writing classes at KCC, including classes in Freshman Composition and Film Interpretation this semester. He can be reached at davisr@kellogg.edu.