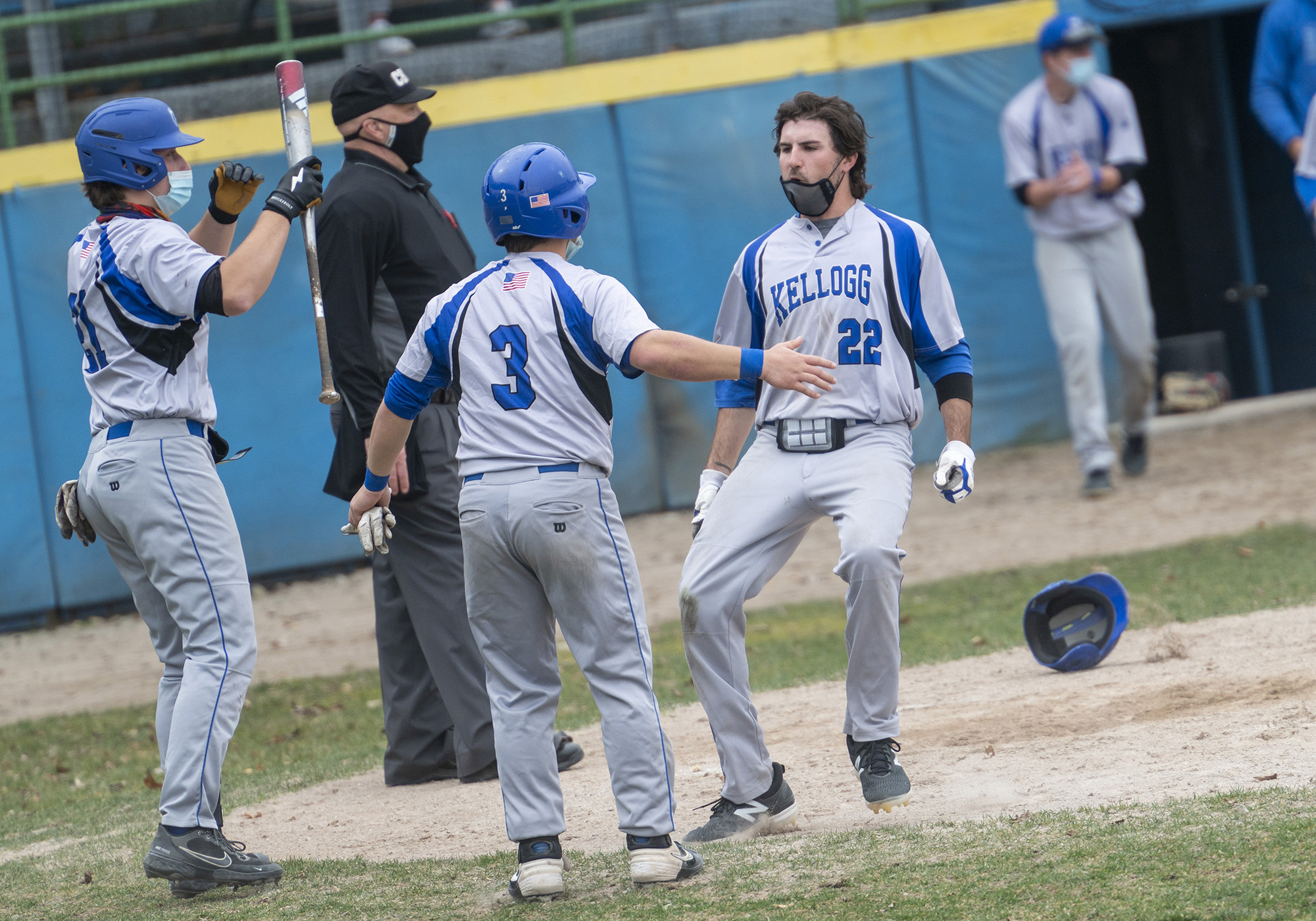 The Kellogg Community College baseball team is on a five-game winning streak after completing a four-game sweep of Lake Michigan College with a doubleheader road win Saturday in Stevensville.

The Bruins took game one 3-2 and game two 13-2 in the weekend contest. Full results from each game follow.

Leading KCC from the mound was freshman Al Thorington (Pinckney/Pinckney High School), who struck out six over seven innings pitched with two earned runs and five hits. Sophomore Connor Brawley (Dowagiac/Lakeshore High School) pitched one inning for the win, striking out two and allowing one hit.

“Al Thorington fought through some adversity early; the GVSU commit didn’t allow a run after the second inning, giving us seven strong,” Head KCC Baseball Coach Eric Laskovy said. “Connor Brawley closed the door in the eighth inning with a strikeout. Hilario DeLapaz delivered the timely hit in the top of the eighth.”

As of this writing the Bruins are tied for first in the team’s Michigan Community College Athletic Association Western Conference with a perfect 4-0 conference record and an overall record of 13-2.

The Bruins play next beginning at 3 p.m. Tuesday, March 30, a single nine-inning contest against Ivy Tech Community College at home at Bailey Park in Battle Creek. All home games are free and open to the public.