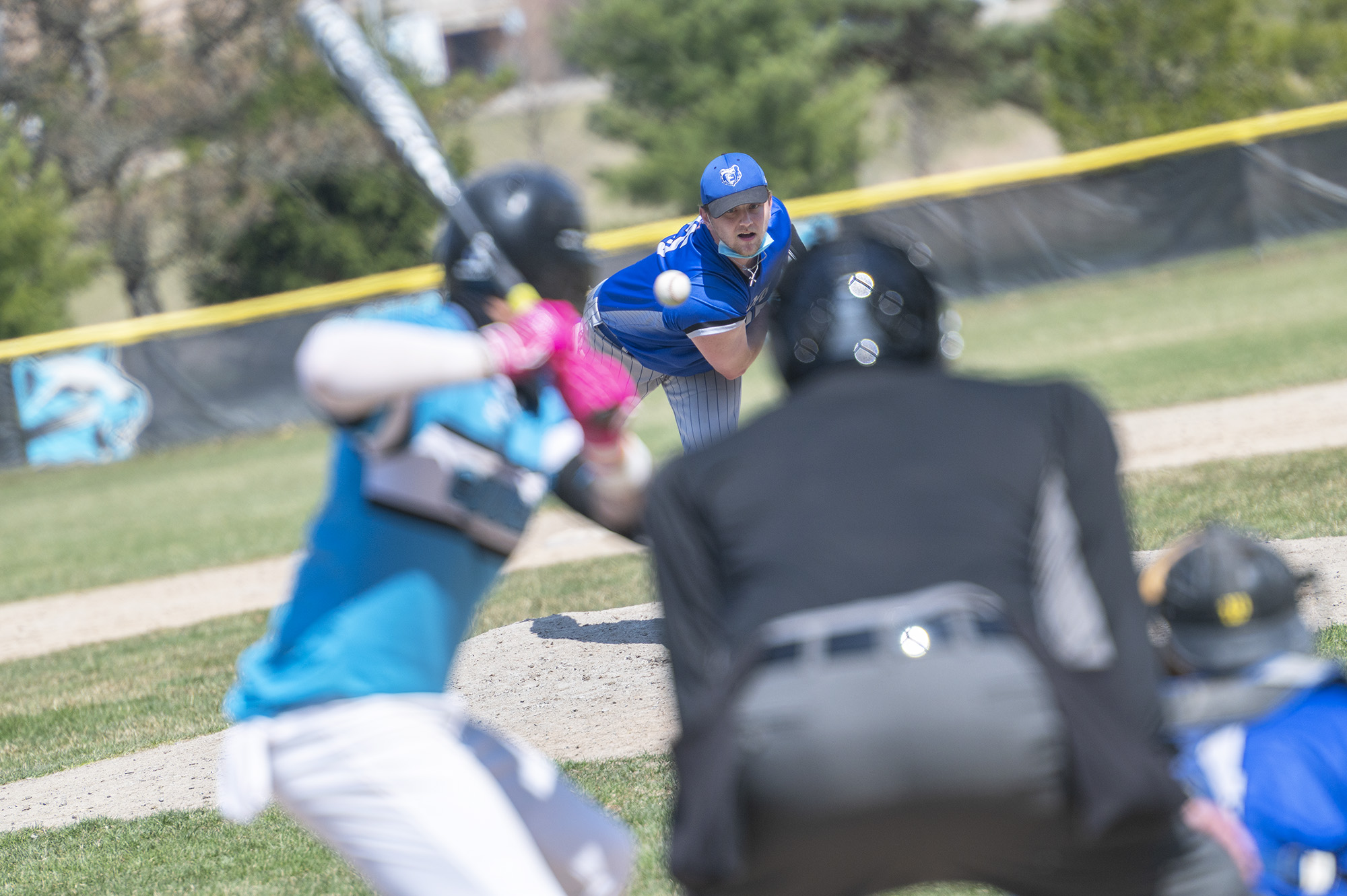 The losses follow a 14-2 win over Ivy Tech Community College on Tuesday, March 30, that lifted the Bruins to a six-game winning streak going into the weekend. Details about this weekend’s doubleheader follow.

“Jayden gave us a solid start and a chance to win,” Head KCC Baseball Coach Eric Laskovy said. “We struggled to string together quality at-bats offensively and made some timely defensive miscues that were the difference.”

“Back and forth game with good effort on both sides,” Laskovy said. “We had opportunities to finish and couldn’t get it done.”

The weekend’s contest leaves the Bruins with a 4-2 conference record and an overall record of 14-4.

The team plays next beginning at 2 p.m. Tuesday, April 6, against conference opponent Glen Oaks Community College at home at Bailey Park in Battle Creek. All home games are free and open to the public.