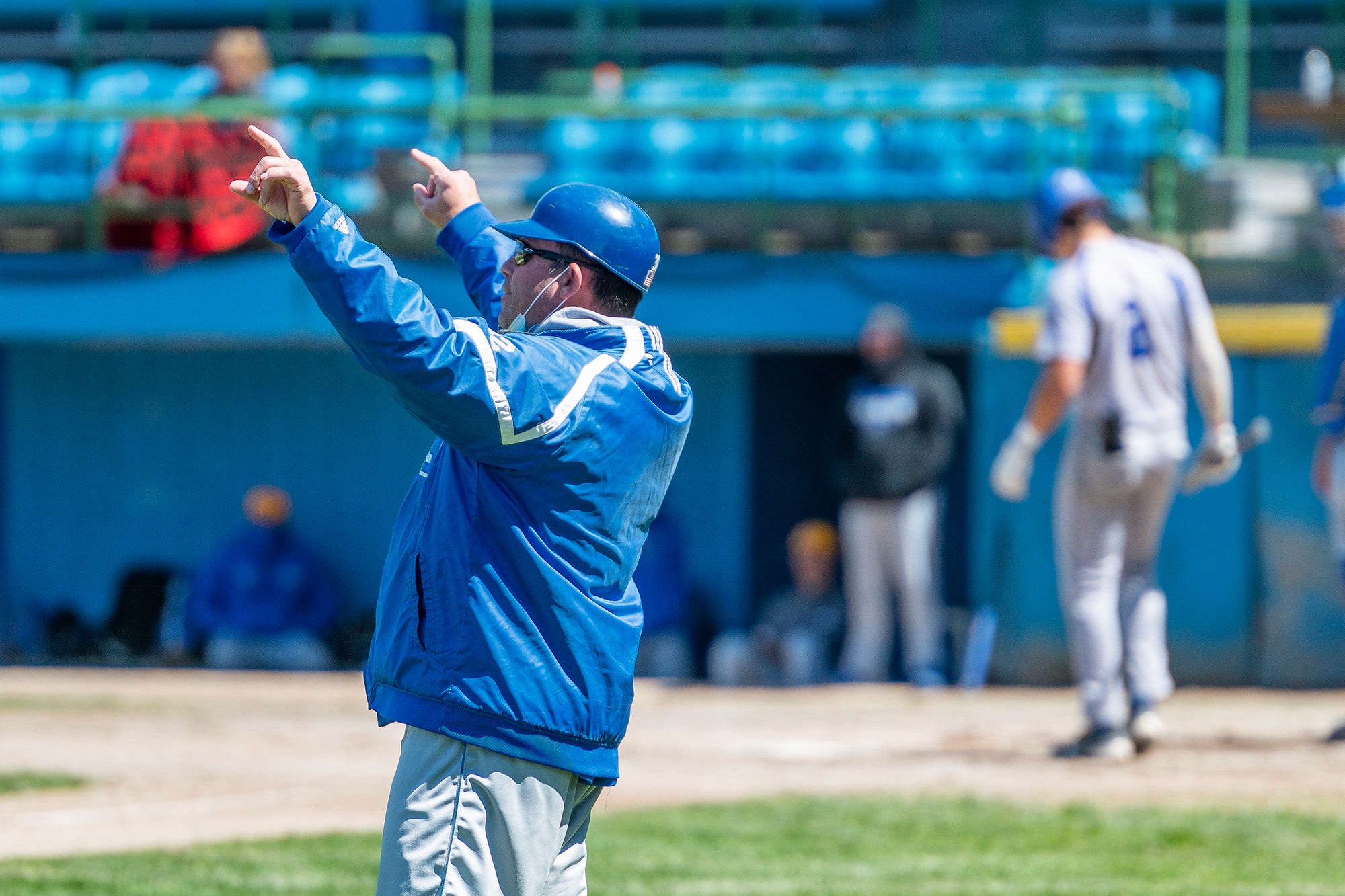 The 500-win milestone is the result of more than two decades of involvement with the KCC baseball program, including 15 years as head coach, leading the Bruins to several conference, state and National Junior College Athletic Association World Series appearances. Laskovy has also won several coach-of-the-year awards at every level of the game.

Results from each of last week’s games against Ancilla follow.

Freshman Carter Woody (Syracuse, Indiana/Wawasee High School) threw a no-hitter in the five-inning game two to assist Coach Laskovy to his 500th win, striking out six as the Bruins mercy-ruled the Chargers.

Freshman Al Thorington (Pinckney/Pinckney High School) pitched five innings for the win in the third game of the series, striking out 10. At the plate for the Bruins in game three, freshman outfielder Kyle Van Liere (Mattawan/Mattawan High School) went 3-4 including two RBIs, a home run and a double, while Brawley went 3-3 with two RBIs and two doubles.

Prior to the team’s sweep of Ancilla, the Bruins split a home doubleheader against Grand Rapids Community College on April 27, dropping game one 18-3 but coming back for an 8-5 win in game two.

The last week’s results leave the Bruins with a 15-7 conference record and a 25-9 record overall.

The team plays next beginning at 2 p.m. Friday, May 7, against conference opponent Mid-Michigan College in what could be the Bruins’ final home games of the season at Bailey Park in Battle Creek. All home games are free and open to the public.