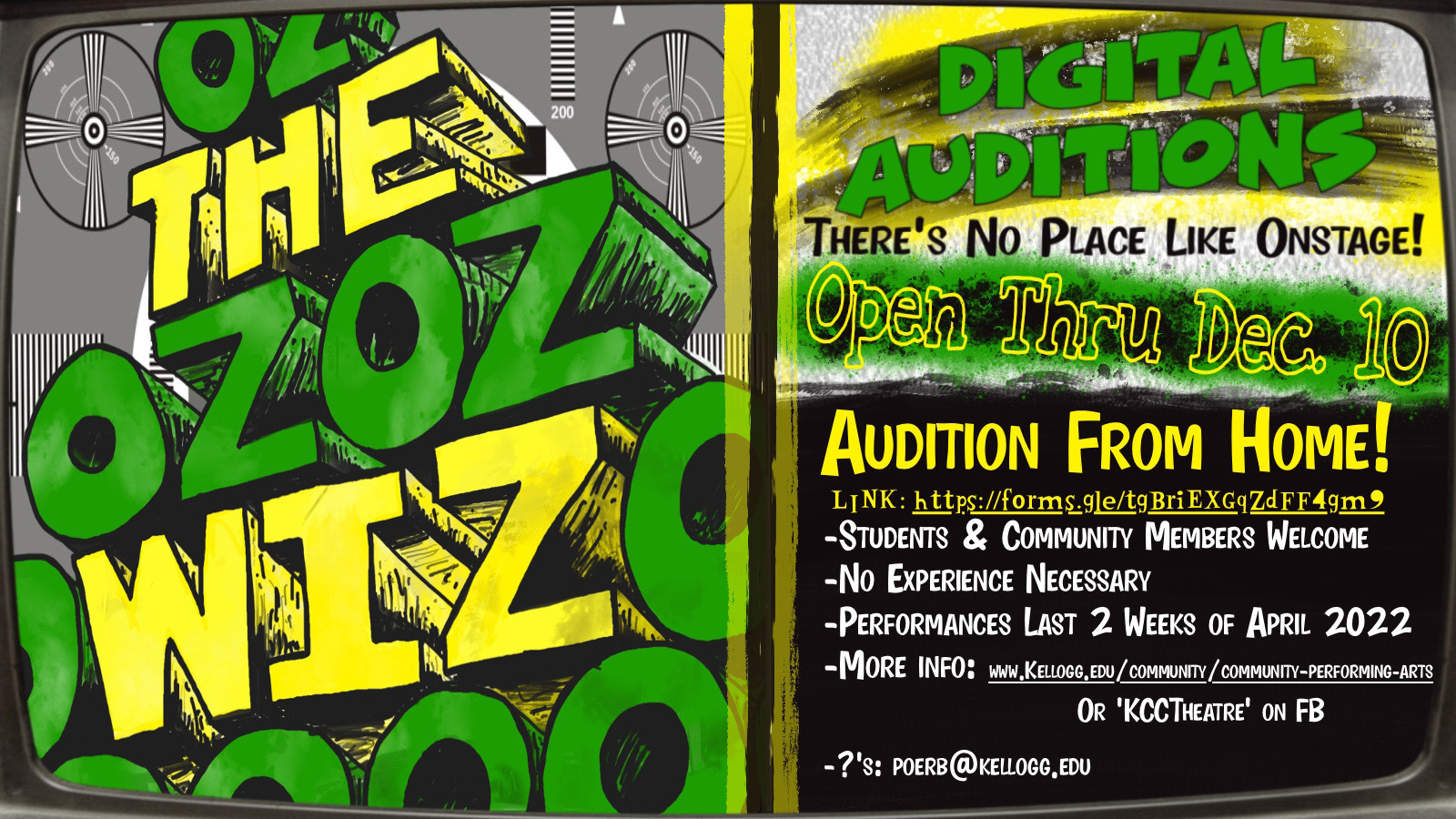 After a two-year hiatus due to COVID-19, Kellogg Community College is relaunching the production process for its long-awaited spring musical “The Wiz” by collecting video auditions to round out the cast.

The play was originally scheduled to open in March 2020 but suffered a series of delays over the course of ensuing semesters due to event restrictions related to COVID-19.

Auditions are open to KCC students and members of the general community age 16 and up; no prior theatre, dance or choral performance experience is required. To audition, interested individuals should fill out the form online at https://forms.gle/tgBriEXGqZdFF4gm9 by Dec. 10.

The audition form requires the submission of a video including:

Those cast in the play will be expected to attend rehearsals from 7 to 9:30 p.m. Mondays through Fridays for approximately six weeks beginning in late February, along with a tech rehearsal the weekend before opening. All performers must also be available for all six performances, which are scheduled for the last two weekends in April, running April 22-24 and April 29-May 1.

A cast list will be posted online and on campus in January; everyone who submits an audition will be contacted via email or phone to be notified whether or not they were cast and what role(s) they were selected for.

“The Wiz,” a musical retelling of L. Frank Baum’s “The Wonderful Wizard of Oz,” debuted on Broadway in 1975 and featured an all African American cast. It won seven Tony Awards and was adapted into a 1978 film starring Diana Ross, Michael Jackson, Nipsey Russel and Lena Horne.