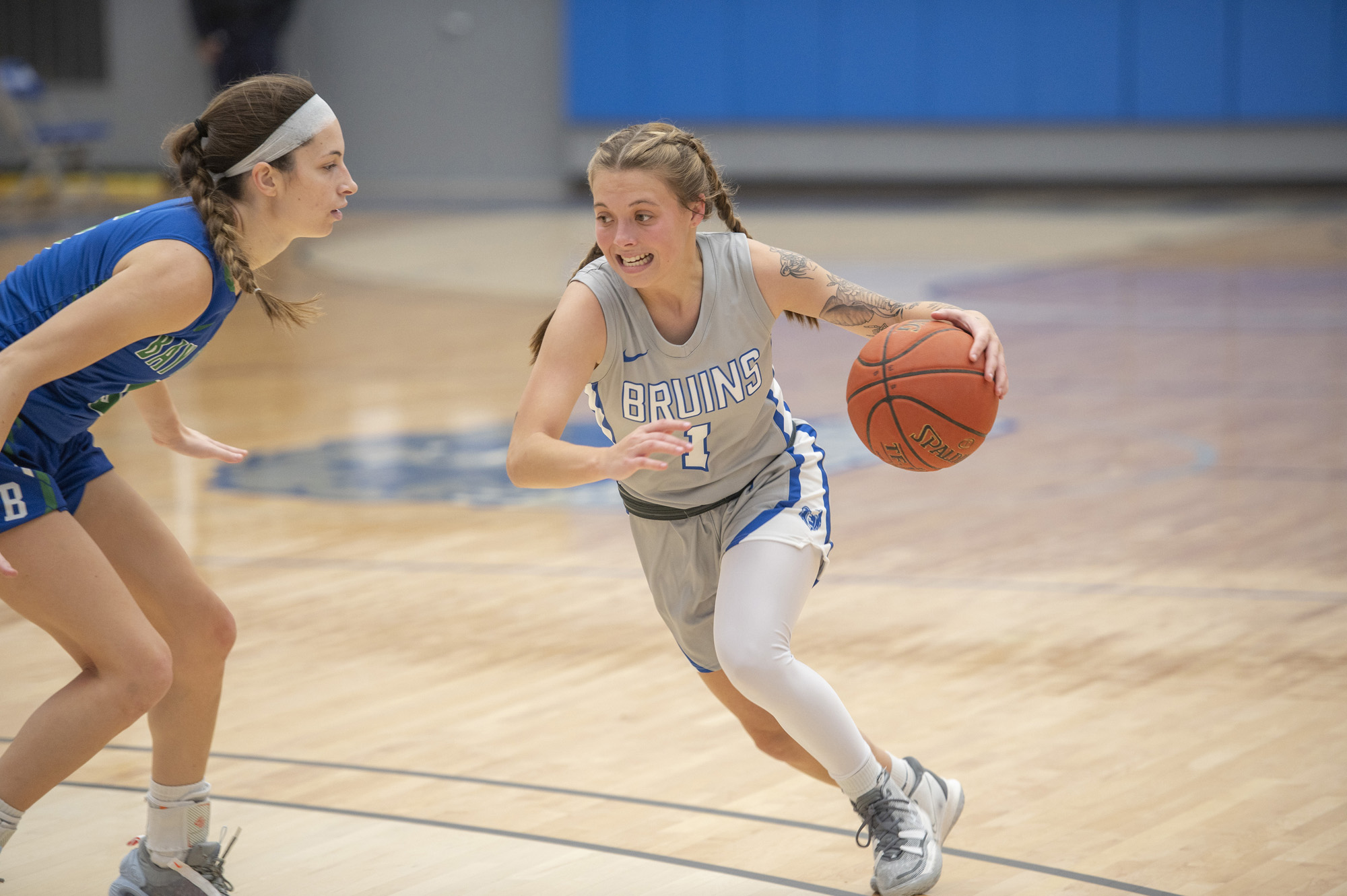 The Bruins played a close game as they fought for the lead, but Bay College was able to claim the win by just five points. The final score was 47-42 Bay College.

Head KCC Women’s Basketball Coach Kayla Whitmyer said that the first game of the 2021-22 season was highly anticipated after last year’s hiatus due to COVID-19.

“The Bruins battled from tipoff to final buzzer against Bay College,” Whitmyer said. “The grit and resilience displayed by the Lady Bruins tonight was something to be proud off. Much like the rebounding efforts that led to the Bruins out-rebounding Bay College despite being undersized in comparison. Kalista Hubbart showed her teeth tonight with aggressive attacks to the basket and knocking down a pair of threes.”

The women’s basketball team plays next at 7 p.m. Tuesday, Nov. 9, on the road against Hope College’s junior varsity team. The team’s next home game starts at 5:30 p.m. Wednesday, Dec. 15, against Mott Community College in the Miller Gym on campus in Battle Creek.