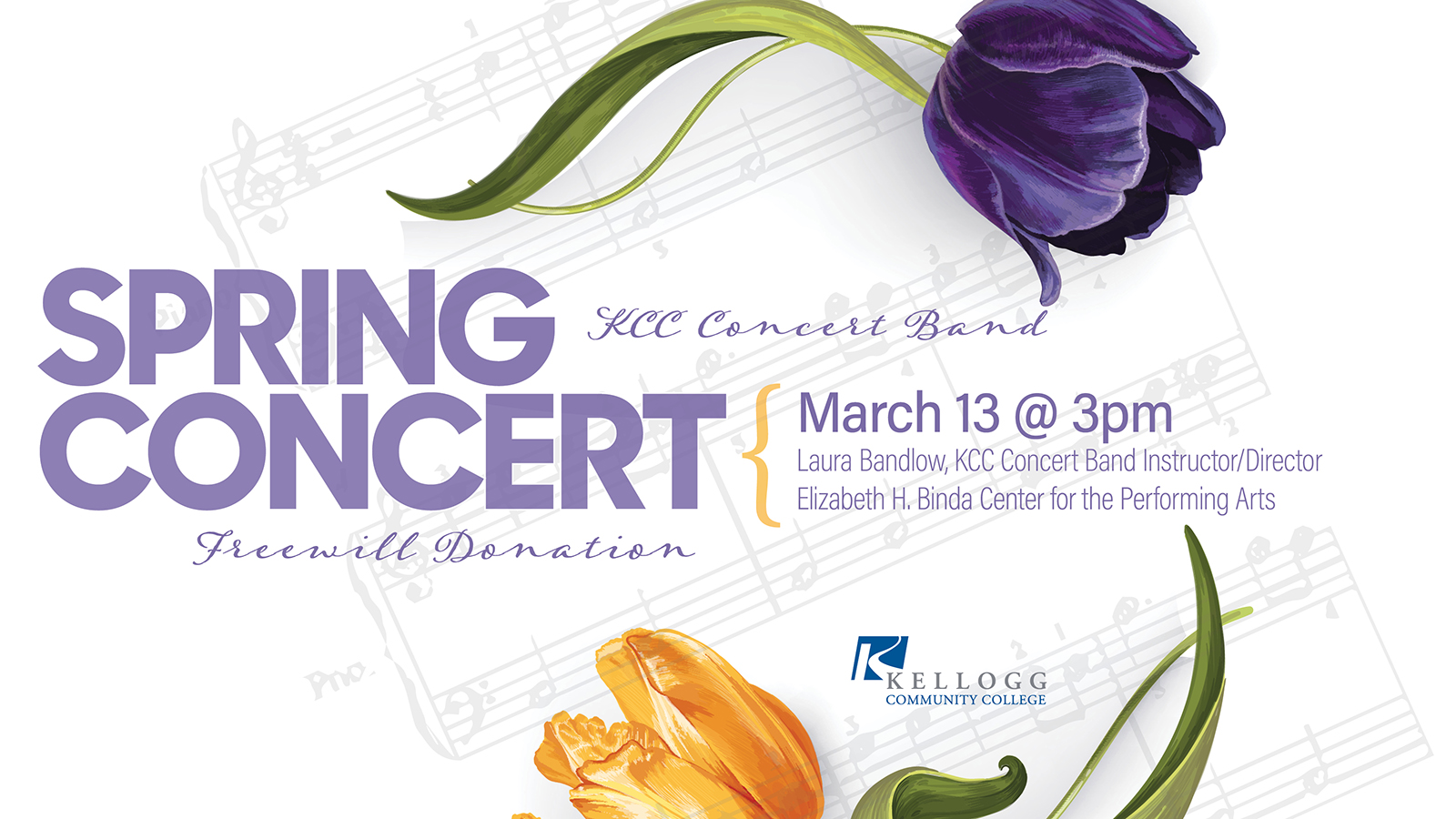 The Kellogg Community College Concert Band will hold its annual spring concert this month on campus in Battle Creek.

The concert event, titled “Sounds of Spring,” will begin at 3 p.m. Sunday, March 13, at the Binda Performing Arts Center, 450 North Ave. in Battle Creek. The event is free and open to the public, though a freewill donation will be collected to support future arts initiatives at the College.

Band Director Laura Bandlow said “Audience members can expect a fun and entertaining afternoon of music with spring flair and March in mind.”

With St. Patrick’s Day coming the following Thursday, Bandlow said the concert program “will lean heavily toward the music of Ireland.”

Selections to be performed include:

The fall semester saw the return to in-person Concert Band performances after a year and a half hiatus due to COVID-19. The band has seen a “growth spurt” since with musicians ready to return to live music, Bandlow said, nearly doubling in size to more than three dozen musicians.