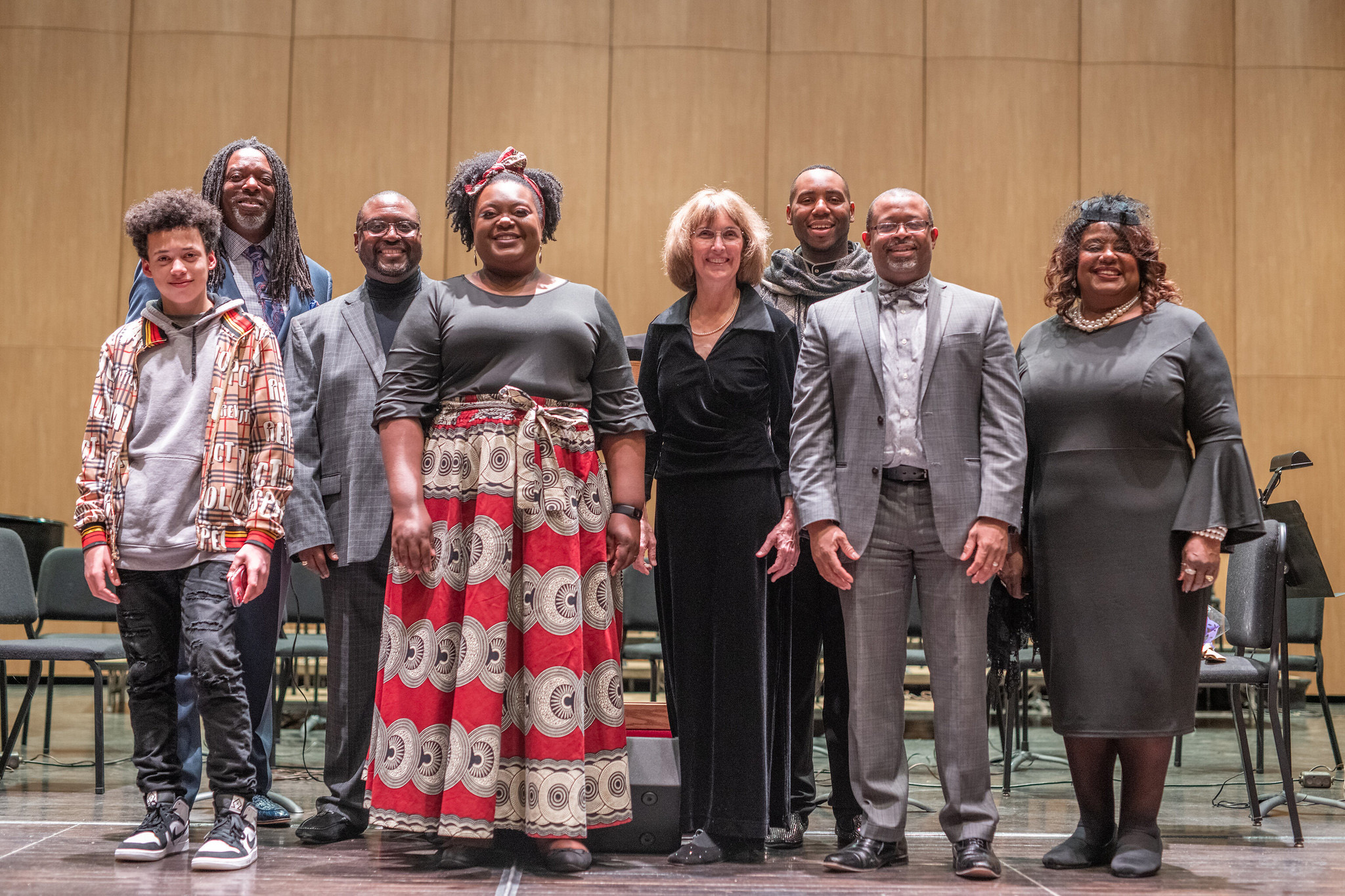 The Battle Creek Symphony is partnering with Kellogg Community College this month to present a free community forum event focused on a musical response to social unrest and the Black experience that was performed in Battle Creek last spring.

The “Hold On, America, Hold On!” forum, presented by the Battle Creek Symphony in conjunction with KCC’s Music Program and Equity, Diversity and Inclusion Committee, will be held from 5:30 to 7 p.m. Monday, Sept. 12, in the auditorium of the College’s Davidson Visual and Performing Arts Center, on campus at 450 North Ave. in Battle Creek.

“Hold On, America, Hold On!” will feature a panel discussion with Anne Harrigan, Music Director of the Battle Creek Symphony, and Dr. Gerald Case-Blanchard, professor of vocal music and music area coordinator at KCC. It will be facilitated by Dr. Katena Cain, a management consultant for the Nonprofit Network, and Interim KCC President Dr. Paul R. Watson II will present opening remarks.

The topic of discussion will be the genesis, execution of and response to the Battle Creek Symphony’s premiere presentation of “Hold On, America, Hold On!” at W.K. Kellogg Auditorium in March, an original production written by Michigan composer James Lee III that included symphony accompaniment of song and spoken word performances by five African American narrators, KCC’s Case-Blanchard among them.

The idea for the production germinated when Harrigan viewed an online video Case-Blanchard recorded in May 2020 in response to ongoing social unrest in the U.S., including the death of George Floyd, an African American man killed by police. Case-Blanchard had closed the video with the refrain “hold on,” from a favorite spiritual titled “Keep Your Hand on the Plow, Hold On.”

That video prompted Harrigan to begin exploring options for a response from the music community, and led to the “Hold On!” production as an attempt to communicate the Black experience through performance. The response from the community produced some of the most positive feedback of any Battle Creek Symphony performance in recent memory, Harrigan said.

“This community forum is a continuation of the important discussions we began at the Café Rica community forum in November 2021 and the powerful reactions we had to last March’s concert,” Harrigan said. “We hope that this event is one of many opportunities to share each other’s thoughts and ideas in the fight against racism.”

The forum will overlap with a concurrent Music Week at KCC open house with KCC music faculty, also held in the Davidson Center. Light refreshments will be available following the forum.

The Battle Creek Symphony is a program of The Music Center, located adjacent to the Davidson Center on KCC’s North Avenue campus.

For more information about the “Hold On!” forum event, Music Week at KCC or other music programming at the College, contact Case-Blanchard at case-blanchardg@kellogg.edu or 269-565-7859.

Pictured above is the “Hold On, America, Hold On!” cast with composer James Lee III in March.