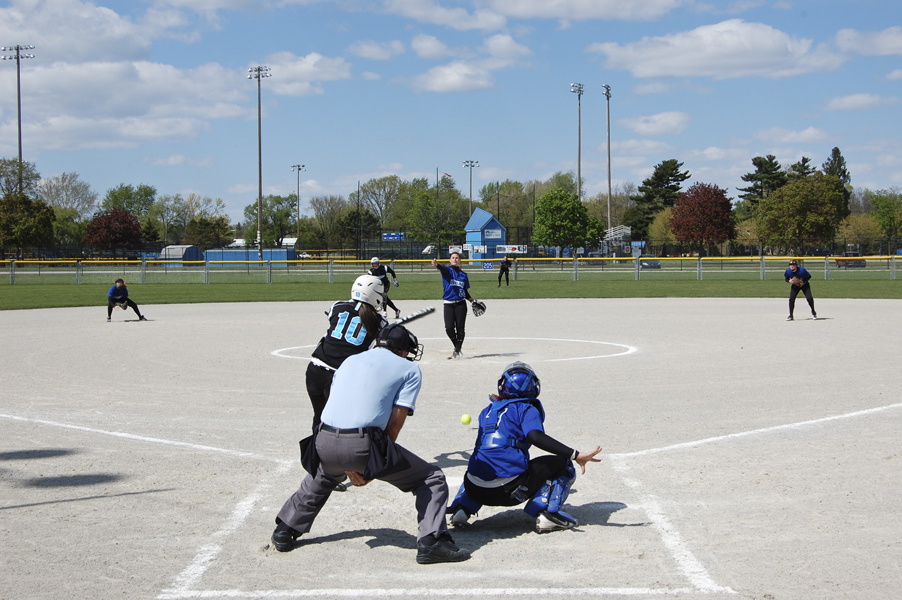 Here are some highlights from the Kellogg Community College softball team’s latest games.

In game two’s 2-1 win, sophomore catcher/infielder Emily Butts hit two for three including a double and an RBI; Kendall hit one for four including a game-winning double and RBI; and Damron, Nearpass and Burrit each hit one for three. Damron also racked up a steal. Van Oosten led from the mound with three strikeouts in seven innings with no earned runs.

In game two (11-2), Richmond and Nearpass each hit a home run, with Richmond hitting two for two including a double and four RBI and Nearpass hitting two for three including one RBI. Harding, Damron and freshman infielder Tiffani Allwardt each had a double and an RBI, with Allwardt hitting one for two and Harding and Damron each hitting one for three. Allwardt also earned a steal. Sophomore pitcher Mercedies Angus led from the mound with four strikeouts in five innings.

In game one’s 1-3 loss, batting leaders included Harding, who hit two for three including an RBI, and Burrit, who hit one for two.

In game two’s 4-3 win, Kendall hit two for three including a double and two RBI and freshman infielder Michaela Marble hit one for four with two RBI. Angus led from the mound pitching two strikeouts in eight innings.

For photos from recent Kellogg Community College softball games — including the one above from an April 24 home game against Kalamazoo Valley Community College — visit the college’s Facebook page at www.facebook.com/KelloggCommunityCollege/photos.

For more information about the softball program at Kellogg Community College, visit www.kellogg.edu/athletics/softball/index.html.