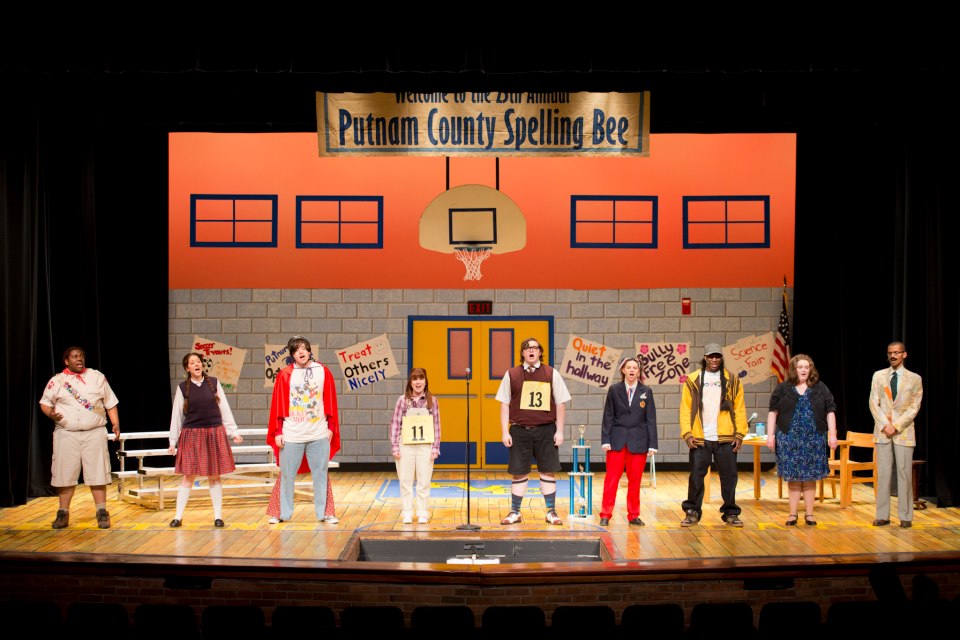 The Kellogg Community College Arts and Communication Department announced the fall and spring production schedule for the upcoming academic year on their Facebook page last week. View the information below or view it on the KCC Theatre Facebook page at www.facebook.com/KCCTheatre.

Please note that all spring 2014 events will be held at What A Do Theatre, 4071 W. Dickman Road, Springfield, as the Binda Theatre is expected to be undergoing renovations.

THE STORY: Now an aspiring young architect in Terre Haute, Ind., Willum Cubbert has often told his friends about the debt he owes to Rick Steadman, a fellow ex-GI whom he has never met but who saved his life after he was seriously wounded in battle. He has written to Rick to say that, as long as he is alive, “you will have somebody on Earth who will do anything for you.” So Willum is delighted when Rick shows up unexpectedly at his apartment on the night of his 34th birthday party. But his delight soon fades as it becomes apparent that Rick is a hopeless “nerd,” a bumbling oaf with no social sense, little intelligence and less tact. And Rick stays on and on, his continued presence among Willum and his friends leading to one uproarious incident after another, until the normally placid Willum finds himself contemplating violence. Will he follow through?

THE STORY: In the middle of a howling snowstorm, a bus out of Kansas City pulls up at a cheerful roadside diner. All roads are blocked, and four or five weary travelers are going to have to hole up until morning. Cherie, a nightclub chanteuse in a sparkling gown and a seedy fur-trimmed jacket, is the passenger with the most to worry about. She’s been pursued, made love to and finally kidnapped by a 21-year-old cowboy with a ranch of his own and the romantic methods of an unusually headstrong bull. The belligerent cowhand is right behind her, ready to sling her over his shoulder and carry her, alive and kicking, all the way to Montana. Even as she’s ducking out from under his clumsy but confident embraces, and screeching at him fiercely to shut him up, she pauses to furrow her forehead and muse, “Somehow deep inside of me I got a funny feeling I’m gonna end up in Montana.” As a counterpoint to the main romance, the proprietor of the cafe and the bus driver at last find time to develop a friendship of their own; a middle-age scholar comes to terms with himself; and a young girl who works in the cafe gets her first taste of romance.