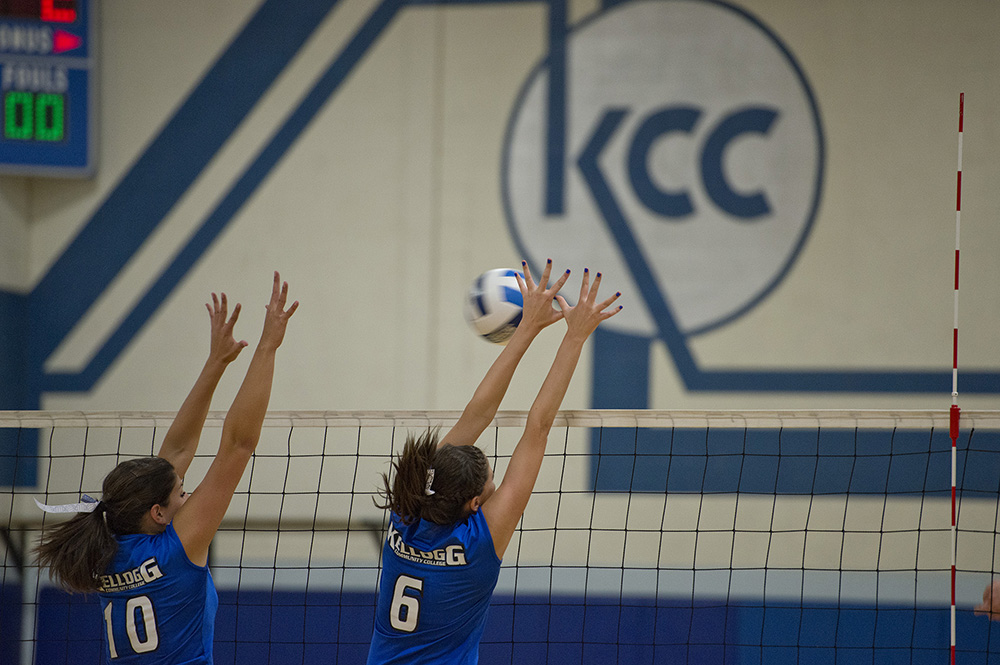 The loss brings the Bruins’ MCCAA Western Conference record to 2-6; their overall record for the season so far is 4-14. The team plays next beginning at 6:30 p.m. Tuesday, Oct. 8, against conference opponent Kalamazoo Valley Community College at home in the Miller Gym on KCC’s North Avenue campus.