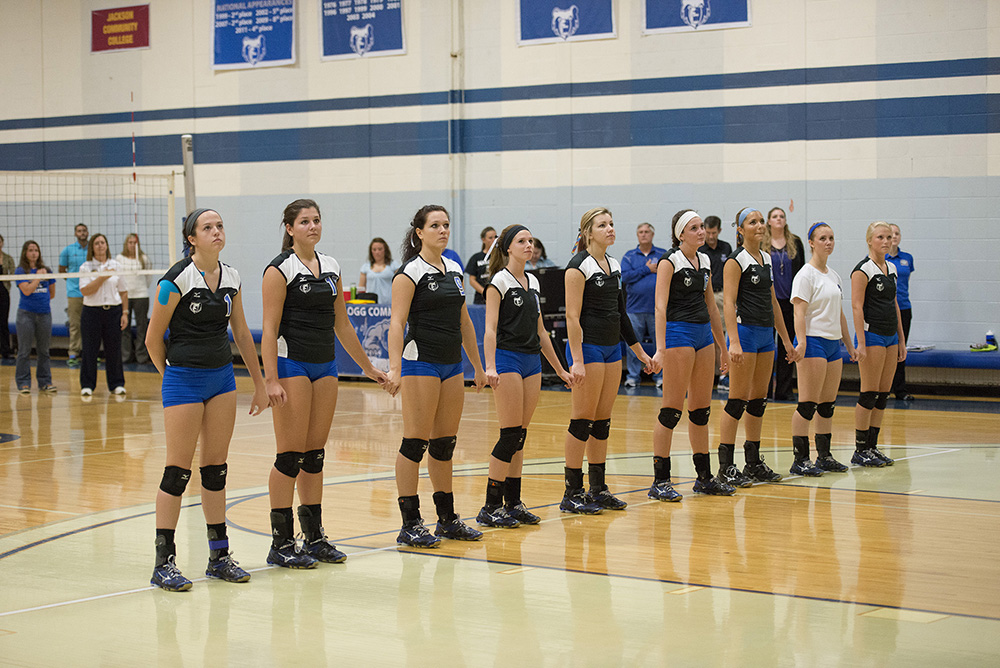 The Kellogg Community College women’s volleyball team defeated conference opponent Ancilla College in three sets on Tuesday, wrapping up their final home match of the season with scores of 25-22, 26-24 and 26-24, respectively, at the Miller Gym.

“Great win for our last home game!” said Amy Julien, the Bruins’ head coach. “I’m really going to miss my three sophomores. They have worked hard and made a difference.”

The win brings KCC’s Michigan Community College Athletic Association Western Conference record to 4-9; their overall record for the season so far is 6-17.

The team’s final game of the season begins at 6:30 p.m. tonight against Grand Rapids Community College in Grand Rapids. A win tonight is necessary for the Bruins to have a hope of postseason play as one of the top five teams in the conference.

For more information about women’s volleyball at KCC, visitwww.kellogg.edu/athletics/volleyball/index.html or contact Coach Julien at 269-965-3931 ext. 2535 or volleyballcoach@kellogg.edu.