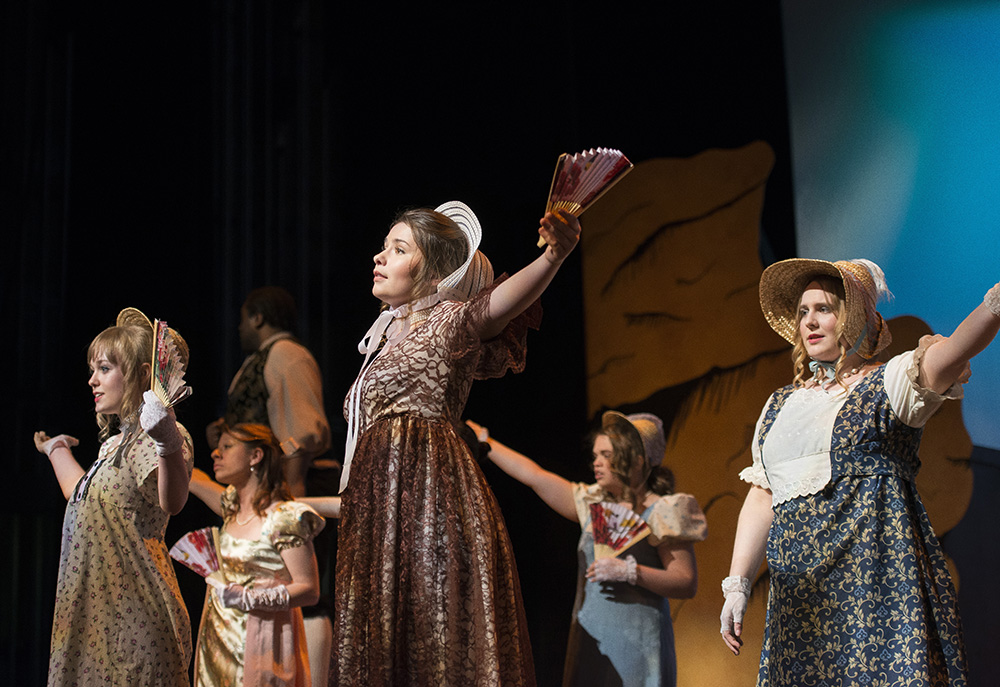 Kellogg Community College’s spring musical “The Pirates of Penzance” continues this weekend with 7:30 p.m. performances on Friday, March 27, and Saturday, March 28, and a 3 p.m. show on Sunday, March 29.

Tickets for each show — held at the Binda Performing Arts Center on campus at 450 North Ave., Battle Creek — are $5 for KCC students, staff and seniors and $10 for the general public.

Additionally, KCC theatre coordinator and professor Brad Poer, who is directing the show, spoke with WBCK for an on-air radio interview about the production earlier this week, which is available for listening online on the WBCK and the Mix 104.9 websites.

KCC has also covered “Pirates” extensively on its own social media platforms, including:

For more information about KCC’s production of “The Pirates of Penzance” or to inquire about reservations for a specific showing, call 269-965-4154.