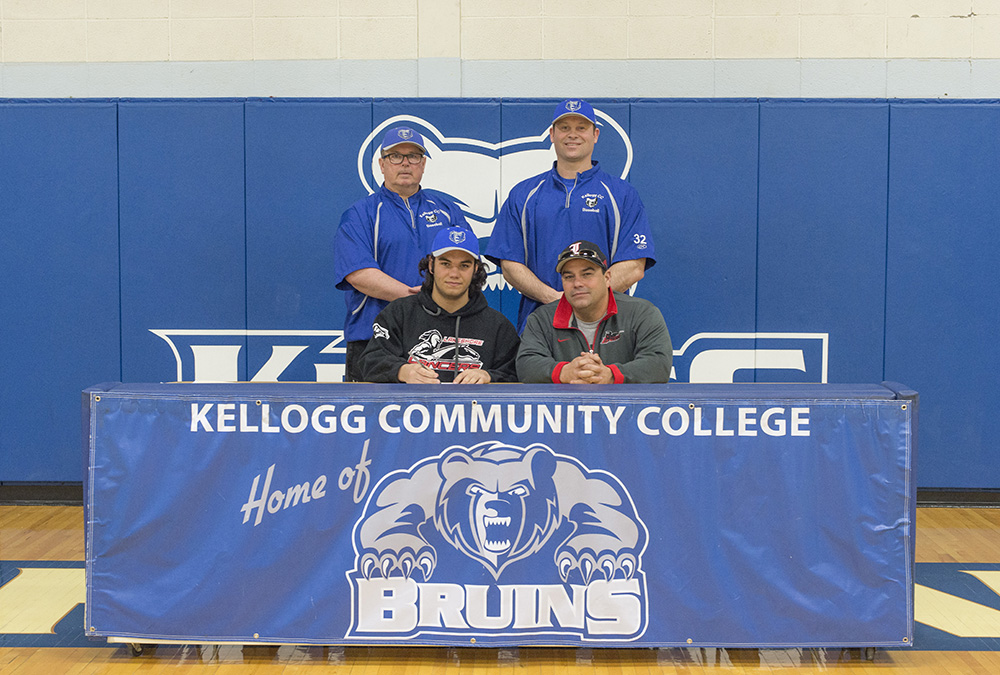 Joseph Nate, of Stevensville, has signed a National Letter of Intent to play baseball at Kellogg Community College and will begin playing for the Bruins next season.

Eric Laskovy, head baseball coach at KCC, said he expects Nate to come in strong for the Bruins next season.

“Joey has a strong left-handed bat and will also help us on the mound,” Laskovy said.

For more information about baseball at KCC, visit www.kellogg.edu/baseball or contact Coach Laskovy at laskovye@kellogg.edu or 269-965-3931 ext. 2536.