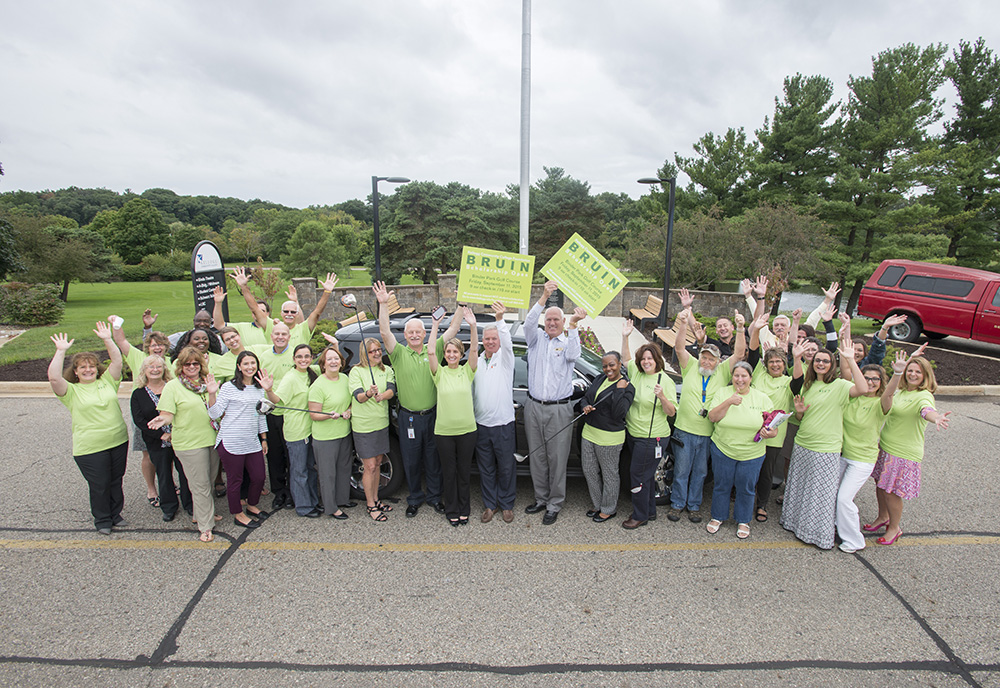 A record amount of $95,000 in scholarship money was raised for Kellogg Community College students during the KCC Foundation’s annual Bruin Scholarship Open in September.

The annual event – held Sept. 11 at Binder Park Golf Course in Battle Creek – is the largest fundraising event of the year for the Foundation and has raised more than $800,000 over the past 18 years.

A full roster of 60 teams participated and more than 120 sponsors were represented in the Bruin Open this year, which included an 18-hole scramble, prize raffle, 50-50 raffle, special hole contests including a Money on the Green Putting Contest, live music, lunch and dinner. The event was coordinated by more than 50 members of KCC’s staff and more than three dozen KCC student-athlete and honor student volunteers.

Funds raised at the event this year will pay for approximately 30 student scholarships.

This is the second consecutive year the Bruin Open event has raised record funds for student scholarships; the previous fundraising record for the event was $93,245, which was raised through the event in 2014.