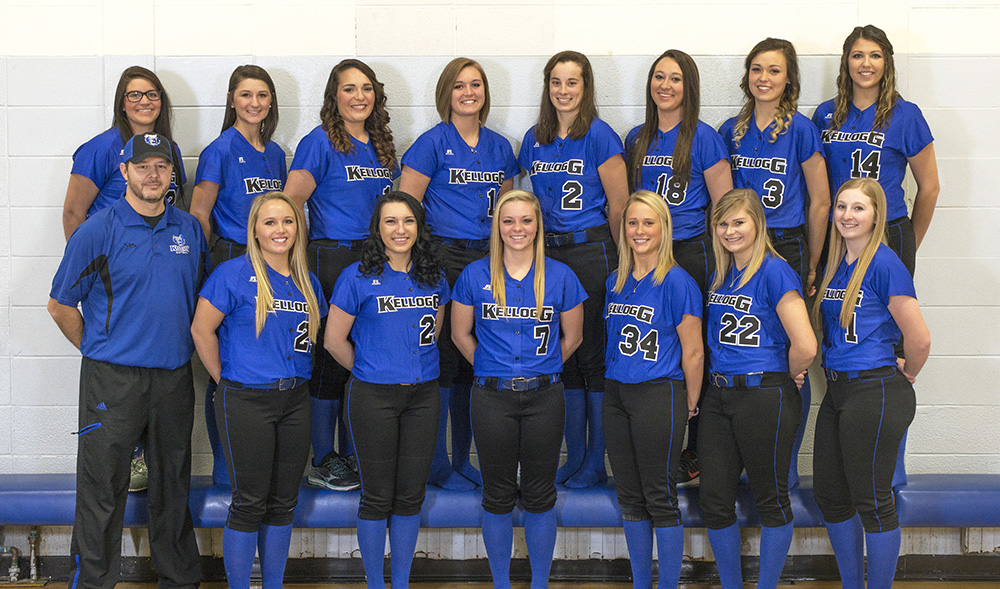 Ten high school seniors earlier this year signed National Letters of Intent to play softball at Kellogg Community College and will begin playing for the Bruins next season.

The KCC softball team finished a record-breaking season in 2015 as the Michigan Community College Athletic Association state champion and MCCAA Western Conference champion, wrapping up the spring with a 27-5 conference record and a 37-13 record overall. The Bruins ended the spring with more wins than any other KCC softball team in the program’s history, winding up their season in the quarterfinals of the National Junior College Athletic Association Division II Softball District I Championship.

The team’s first home games of the 2016-17 season will begin at 3 p.m. Tuesday, March 29, as part of a doubleheader against Lake Michigan College at Bailey Park in Battle Creek. Admission is free.