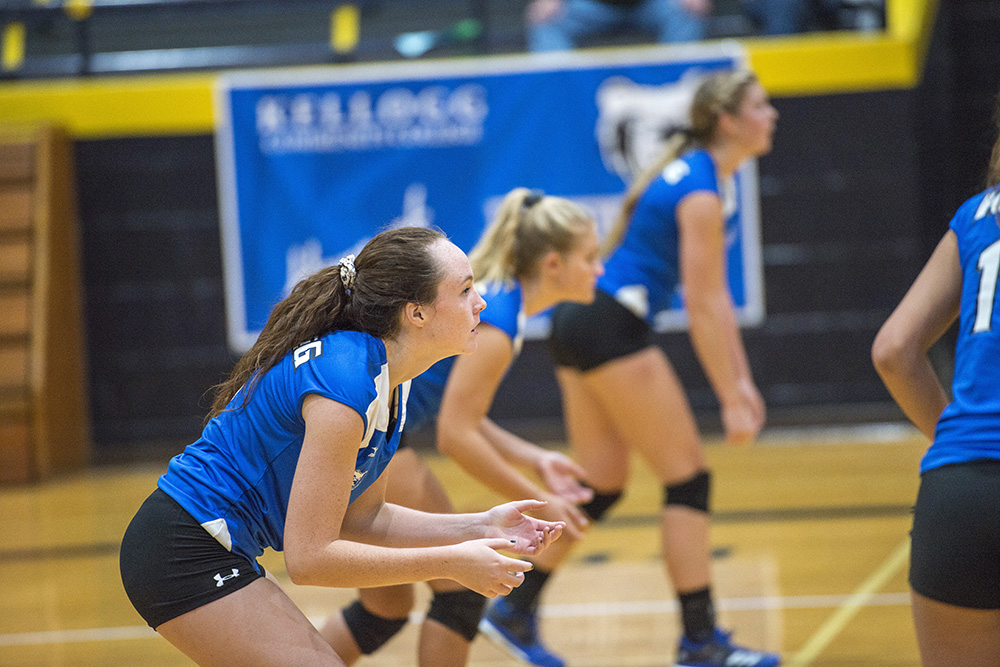 Kellogg Community College’s women’s volleyball team is on a three-game win streak after a win in three sets over Lake Michigan College Tuesday in Benton Harbor.

Head Coach Tom VanWienen said it was a good road win for the Lady Bruins.

“Showed some grit in game one to come back after some mistakes and win a tight match,” VanWienen said. “Played solid ball in games two and three and building toward Thursday’s match against Jackson.”

It’s the second win for the Bruins over the Red Hawks this year; KCC also defeated LMC in three sets in the Bruins’ first match of the season, on Aug. 24. Tuesday’s win brings the Bruins’ overall record for the season so far to 11-3; the team’s conference record is 6-3.