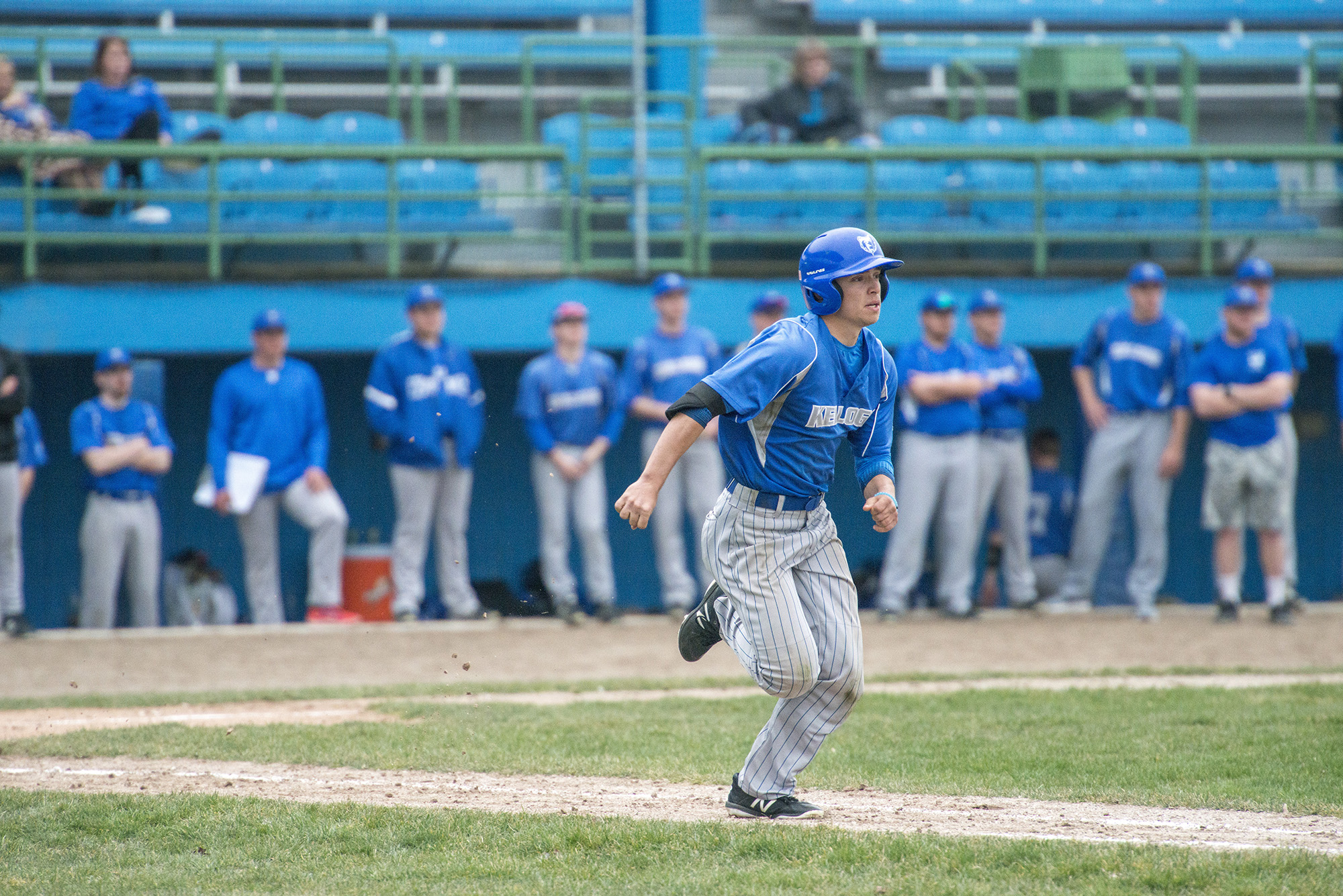 The Kellogg Community College baseball team is on a 21-game winning streak after the team’s latest wins over Glen Oaks and Kalamazoo Valley.

Below are the results of the Bruins’ last six games. To sign up to receive KCC baseball results by email, visit www.kellogg.edu/baseball and fill out the “Get KCC Athletics Results by Email” form on the left side (desktop) or bottom (mobile) of the page. You can also get real-time updates from the team by following the Bruins on Twitter at https://twitter.com/BaseballKellogg.

KCC baseball defeated Glen Oaks Community College 19-1 in the first game of an afternoon doubleheader away in Centreville Thursday.

KCC baseball defeated Kalamazoo Valley Community College 9-1 in the first game of a doubleheader away in Kalamazoo Friday.

On offense for the Bruins, Anthony Carmola (Granger, Indiana/Saint Joseph High School) hit 1-3 at the plate, including a home run.

At the mound, right-handed freshman Blake Bales (Schoolcraft/Schoolcraft High School) got the win, striking out 12 and allowing zero earned runs and three hits.

The Bruins returned to Battle Creek for round two with KVCC on Saturday, winning the first game of the afternoon doubleheader 6-5.

On offense for the Bruins, Crump hit 1-2 at the plate, including a double and two RBIs.

At the mound, Myers got the save, pitching one inning and striking out one while allowing zero runs.

The recent wins bring the Bruins’ overall record for the season so far to 30-4; the team’s conference record stands at a perfect 16-0.

The team plays next at home starting at 3 p.m. Tuesday, April 24, against Ivy Tech Community College at Bailey Park in Battle Creek.