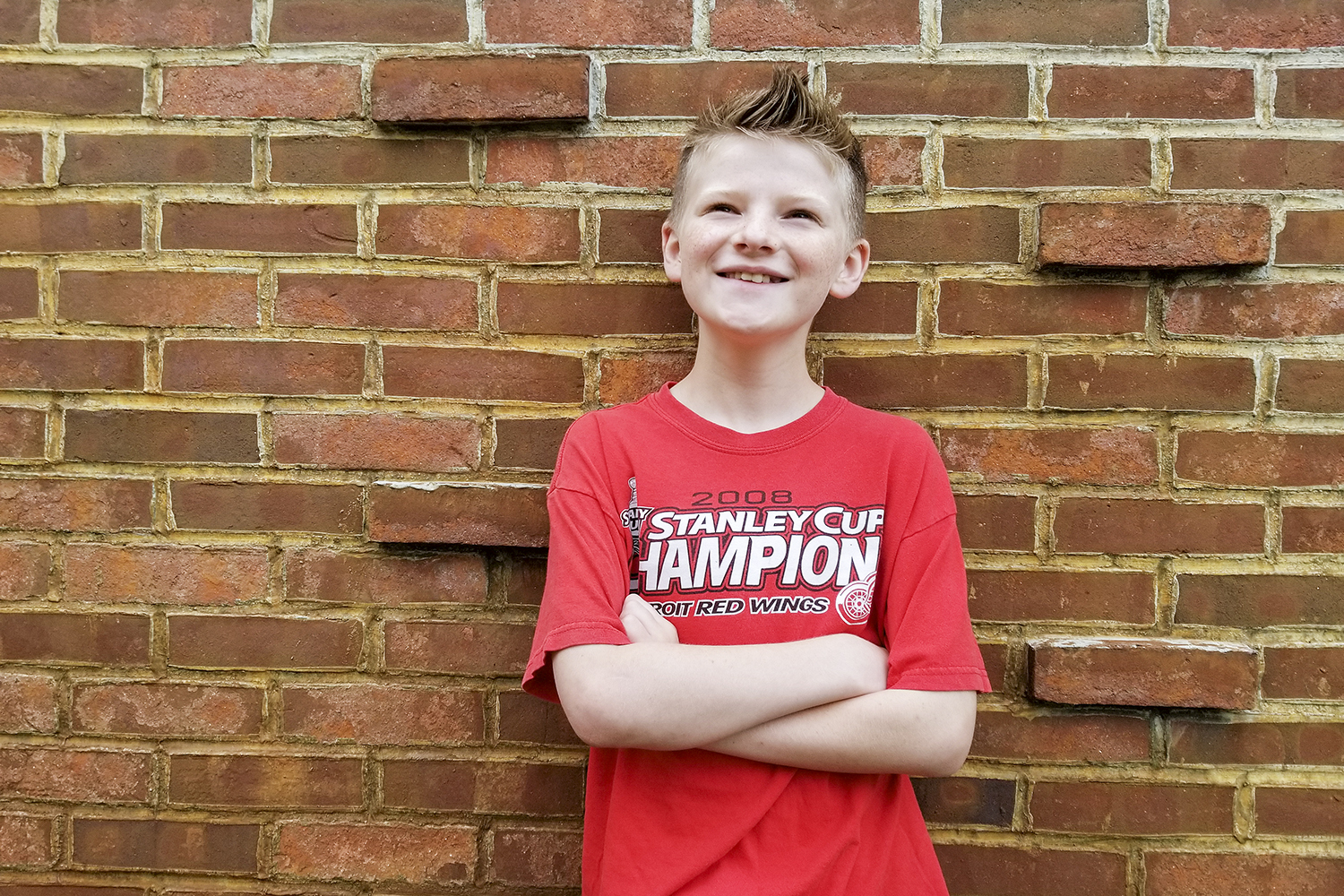 Editor’s note: The following profile was written by Kellogg Community College Digital Marketing Manager Simon Thalmann as part of the College’s Journalism and News Writing Camp, running July 23 through 26 on the College’s North Avenue campus in Battle Creek. Thalmann is the camp instructor.

Steven Maske was born in Arizona but moved with his family to Michigan when he was 4 to be closer to family.

Maske, 10, starts fifth grade at Harper Creek Middle School this fall. It’ll be a new, bigger school for him, and like many of his peers he’s nervous about using the lockers.

Maske likes writing and photography, and this week he’s participating in Kellogg Community College’s Journalism and News Writing camp. It just one activity from a summer of many, including soccer, which he’s played since he was 3 years old.

Though most of his family members are football fans – and fans of the University of Michigan, in particular –soccer is Maske’s favorite sport. He currently plays for BC Fire, and hopes to one day play soccer professionally.

“I’m really the only one in my house that has the favorite sport of soccer,” Maske said. “My parents like football, but I don’t.”

Maske has two little brothers, ages 4 and 2, which he says can be both good and bad at times.

“When they make messes I have to pick them up for them because they don’t,” Maske said. But “When they try and hit me I’m bigger than them, so it doesn’t really hurt.”

His family also has two dogs, who Maske named Gummy Bear and Midget.

In addition to his plans to play professional soccer someday, Maske would also like to go to college, though he’s not sure where.

“Anything except for Michigan State,” he said, laughing.