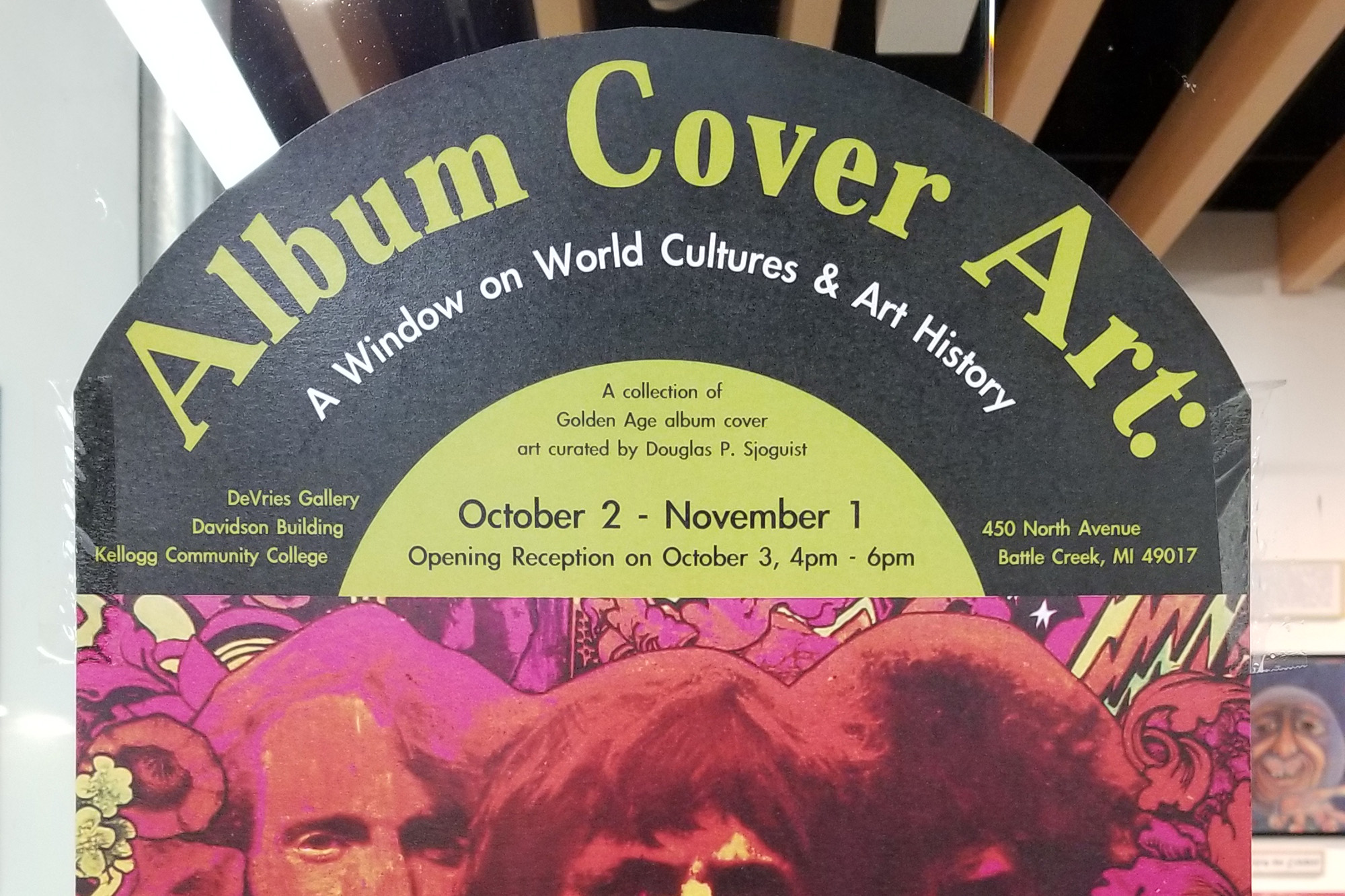 The exhibit is a look at album cover art from the collection of Douglas Sjoquist, a retired Lansing Community College professor and current visiting professor in Michigan State University’s Department of Religious Studies.

The exhibit is located in the Davidson Visual and Performing Arts Center’s Eleanor R. and Robert A. DeVries Gallery on KCC’s campus at 450 North Ave., Battle Creek. The gallery is open, free to the public, from 8 a.m. to 4:30 p.m. Mondays through Fridays.

The exhibit contains 100 pieces of album cover art in a variety of styles such as oil on canvas, watercolor, woodcuts and more, chosen by Sjoquist to emphasize those forms of art over photographic covers.

Covers in the exhibit include works from Asia, the Doors, Beck, Santana, Debbie Harry, the Grateful Dead and more.

Sjoquist said that during his high school years in the late 1960s, he first noticed album art that could be enjoyed as much as the music itself, such as on classics like “Disraeli Gears” by Cream and Jimi Hendrix’s “Axis: Bold as Love.”

Then he saw a specific album cover in a friend’s collection in college in 1969.

“It was called ‘In the Court of the Crimson King,’” Sjoquist said. “The band was King Crimson and the first song he played from the album was ‘21st Century Schizoid Man.’ Then he showed me the album cover. I was blown away. For me, there was no turning back from that point on. I started looking at album covers as collectible and affordable works of art.”

For more information about the exhibit or other KCC arts events, contact the College’s Arts and Communication offices at 269-965-4126.