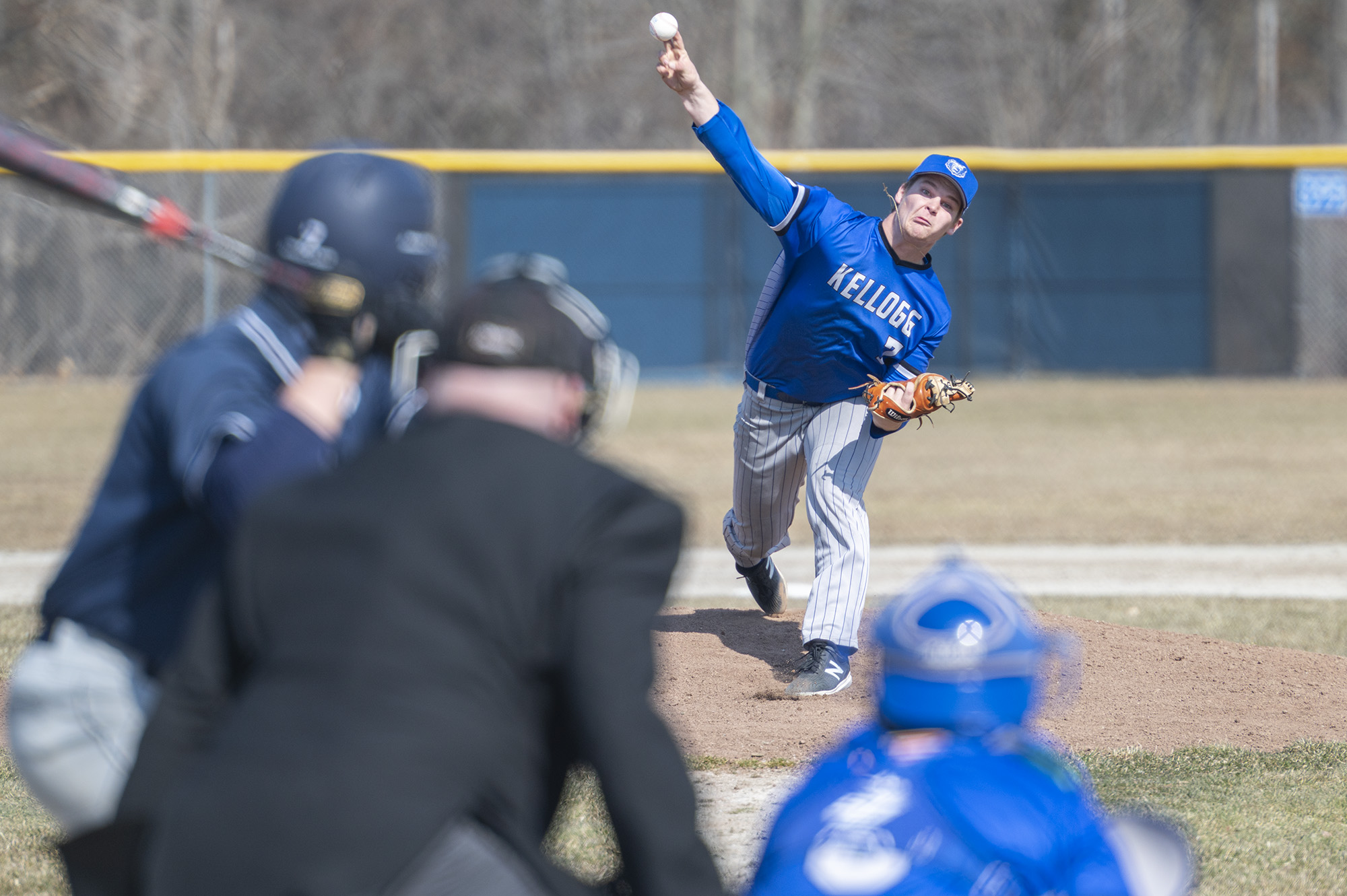 The Kellogg Community College baseball team came home with a vengeance Monday, destroying the competition in a 20-0 blowout over Macomb Community College in the team’s first home game since the season was cut short due to COVID-19 last year.

The shutout was the first game in a doubleheader that also saw the Bruins victorious in game two with a 7-4 win over the Monarchs.

“Jayden Dentler flashed frontline stuff taking a no-hitter into the fifth inning,” KCC’s Head Baseball Coach Eric Laskovy said. “Tate Peterson set the tone with a leadoff home run in the bottom of the first. Great at-bats up and down the lineup as our offense has continued light up the scoreboard.”

The Bruins were on the road this afternoon, Tuesday, March 9, to play the JV squad of Davenport University in Grand Rapids. As of this writing, the team’s next home game is scheduled to start at 1 p.m. Sunday, March 21, against Jackson College at Bailey Park in Battle Creek.

All home games are free and open to the public.