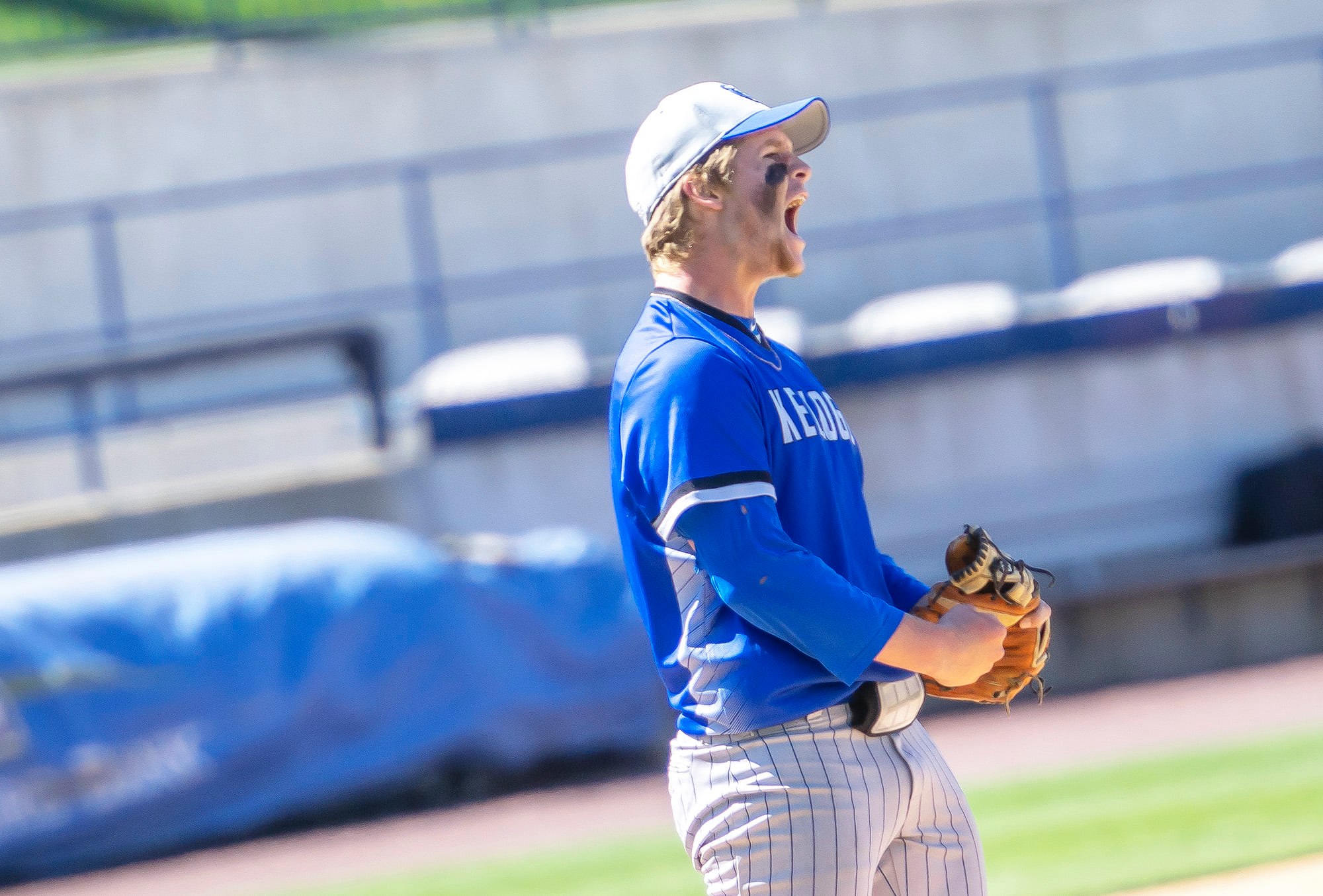 The Kellogg Community College baseball team swept its second conference opponent in as many weeks Friday with a doubleheader win over Grand Rapids Community College at LMCU Ballpark, home of the West Michigan Whitecaps.

The wins came on the heels of a doubleheader sweep of Glen Oaks Community College at home on April 8, making it four straights wins for KCC and leaving the Bruins with an 8-2 conference record and an overall record of 18-4. Details about this Friday’s doubleheader follow.

“Trailing 1-0 in the top of the seventh, Tate Peterson had a big-time at-bat that resulted in a single,” Head KCC Baseball Coach Eric Laskovy said. “Dentler helped himself following it with a line drive base hit. VanLiere delivered the big blow with a one-out triple. Jayden Dentler gave us an enormous effort on the mound when we needed it most.”

“We were able to hold on to complete the sweep,” Laskovy said. “Ryan Vought was tremendous in closing out the win. Kudos to Al Thorington battling deep into the game as our pitching staff was shorthanded this weekend.”

Laskovy called the day’s contest at the Whitecaps’ field — the first baseball game ever played at the newly renamed LMCU Ballpark — an amazing event.

“It was a first-class operation and we were grateful for the opportunity to compete and showcase our program on a big stage,” he said. “Big thanks to President Bennings and her husband for coming out to support!”

The team plays next beginning at 2 p.m. Tuesday, April 20, against conference rival Kalamazoo Valley Community College at home at Bailey Park in Battle Creek. All home games are free and open to the public.