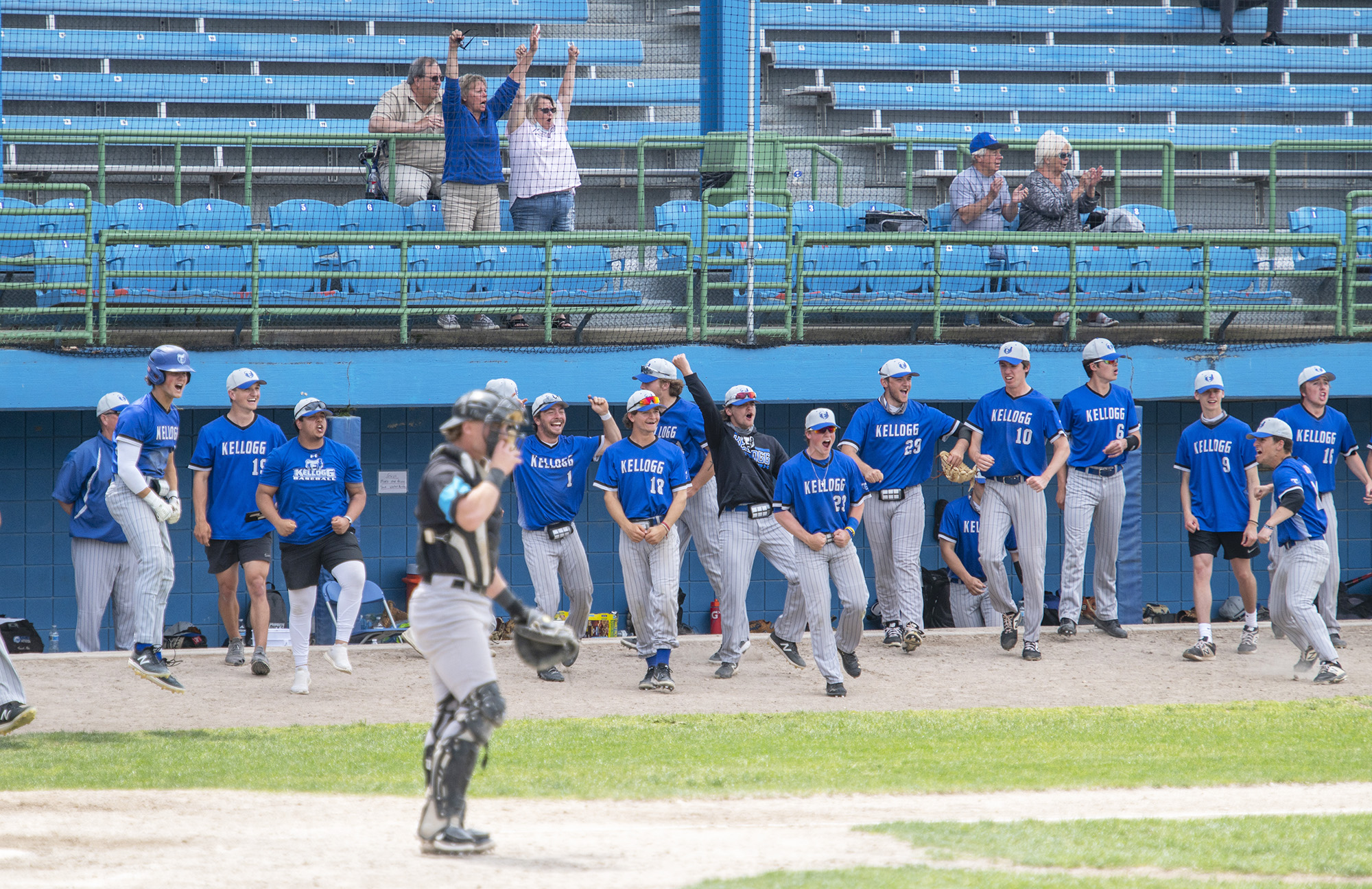 KCC’s Bruins defeated Madison Area Technical College of Madison, Wisconsin, Tuesday for the second time this series. The Bruins defeated the Madison WolfPack 5-1 in the team’s series opener on Friday and eliminated the team entirely with a 9-5 win that started late Tuesday and stretched toward midnight.

KCC now faces two live-or-die games in the double-elimination series before advancing to the national championship game, both of them against first seed Louisiana State University Eunice. The Bruins took their first loss in the series to the Bengals on Sunday in a 10-2 loss that sent them to the consolation bracket.

Click here for a PDF of the latest championship bracket from the NJCAA.

The next game starts at 8 p.m. tonight in Enid, Oklahoma. If the Bruins win, they’ll face another game against LSU Eunice on Thursday. If the Bruins lose, they come home one of the top four teams in the nation.

Fans interested in watching the team play live can catch the NJCAA livestream at www.njcaa.org/network. Updates are also provided on the KCC Athletics Twitter feed at twitter.com/KelloggBruins.