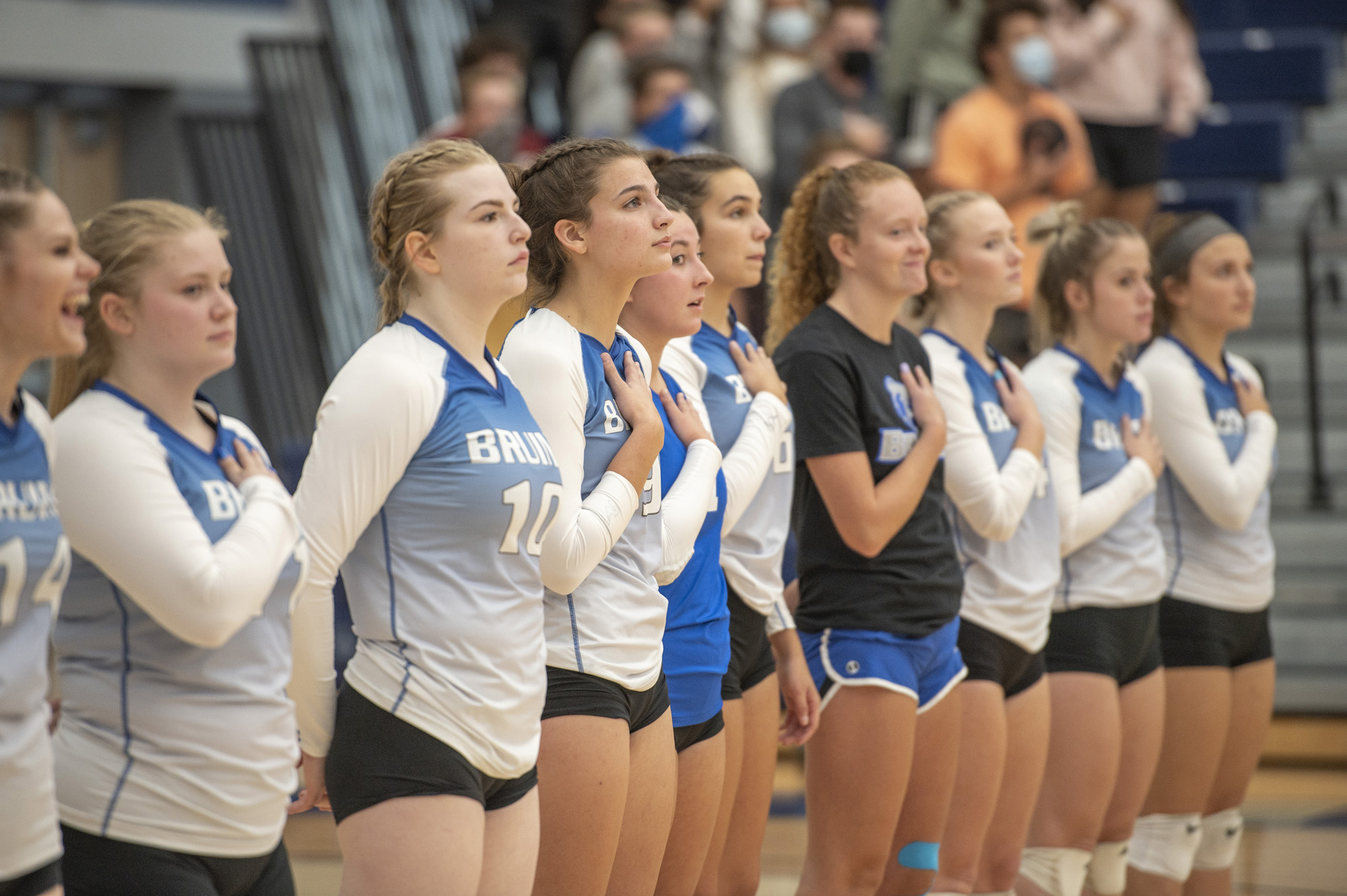 Head KCC Volleyball Coach Tom VanWienen said despite the loss the team is looking better each time they play.

“We had to make some changes and tonight the hard work showed up in games two and three,” VanWienen said. “Thought we were a little tired in game four, but played hard and earned some really good points against a very tough Raiders team.

“Overall our defense is playing much better. Audrey looked good tonight with some big-time digs along with Hanna Davis (Battle Creek/Pennfield High School) and Grace Hall. Thought Jenna Connors (Charlotte/Charlotte High School) did a really nice job moving the ball around to give us a chance at the net. Abby and Maddie Edwards (Climax/Climax-Scotts Jr./Sr. High School) did a good job slowing the Raiders hitters down so we could have opportunities to play defense in the back row. Coach Will has some big bangers on that team and I thought we played them tough. A little gun shy in the first game, but rallied back! Very proud of the ladies tonight!”

Thursday’s results give the Bruins a 1-3 record in the conference and a 2-10 record overall.

The Bruins play next at home starting at 6:30 p.m. Tuesday, Sept. 21, against Glen Oaks Community College at the Miller Gym on campus in Battle Creek.