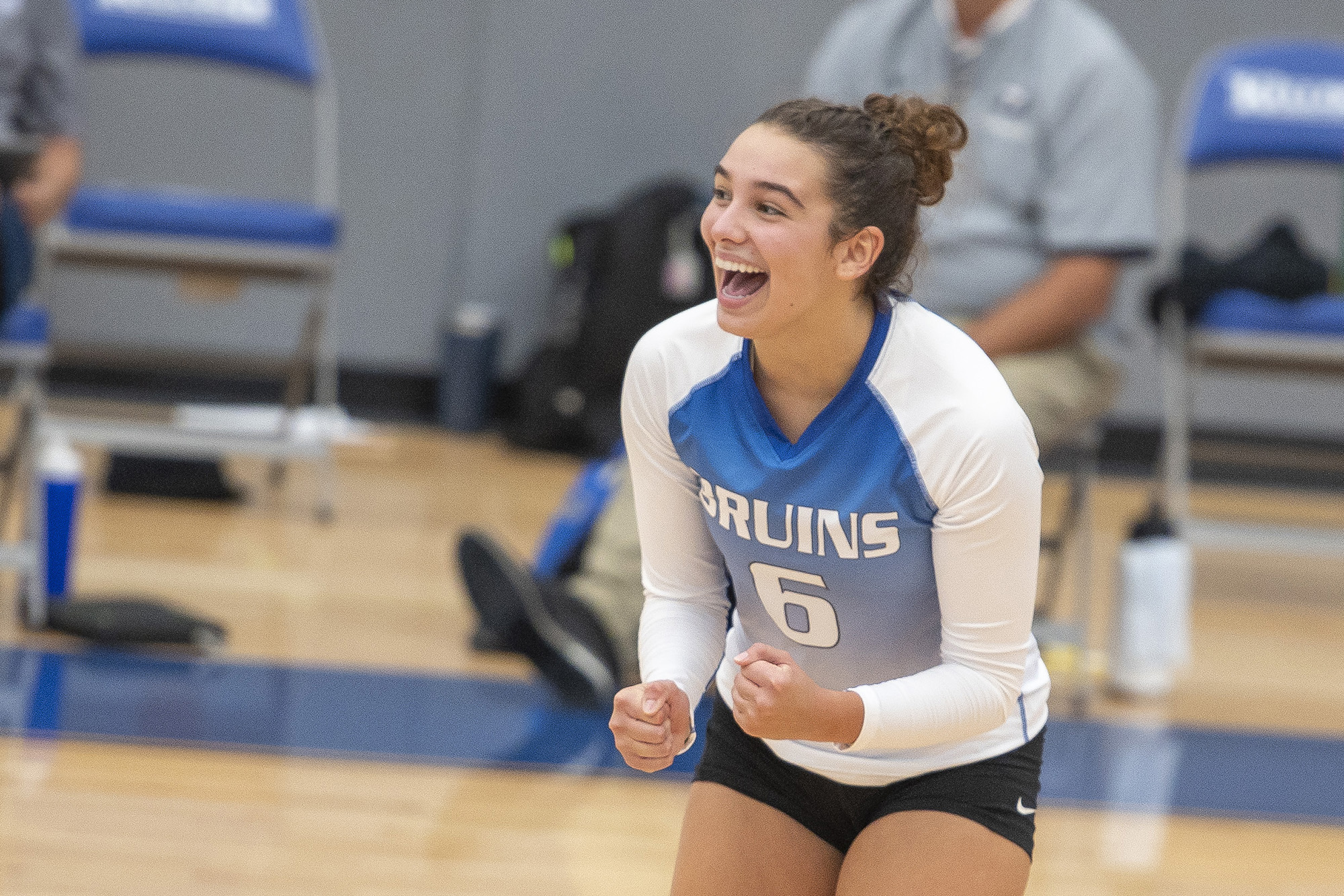 KCC opened with a decisive win in set one, followed by two more KCC victories in sets two and three. A close set three ended the match with their second conference win. The Bruins’ previous match against Ancilla lasted five sets.

Head KCC Volleyball Coach Tom VanWienen said it was a good night for the Bruins, who are starting to get healthy again. After their break, VanWienen hopes to get a few of their players back.

“I thought we did a nice job of moving the ball around. Our defense keeps getting better each game and Audrey Schultz (Lansing/Lansing Catholic Central High School) is leading the way in the back row,” VanWienen said. “I feel good about where the ladies are right now. Our record does not reflect how good we can play or the level that we are capable of playing at.”

The Bruins will be off until the team’s next home match against Kalamazoo Valley on Oct. 12.

Thursday’s results give the Bruins a 2-6 record in the conference and a 3-13 record overall.

The Bruins play next starting at 6:30 p.m. Tuesday, Oct. 12, against Kalamazoo Valley Community College. The team plays at the Miller Gym on campus in Battle Creek.