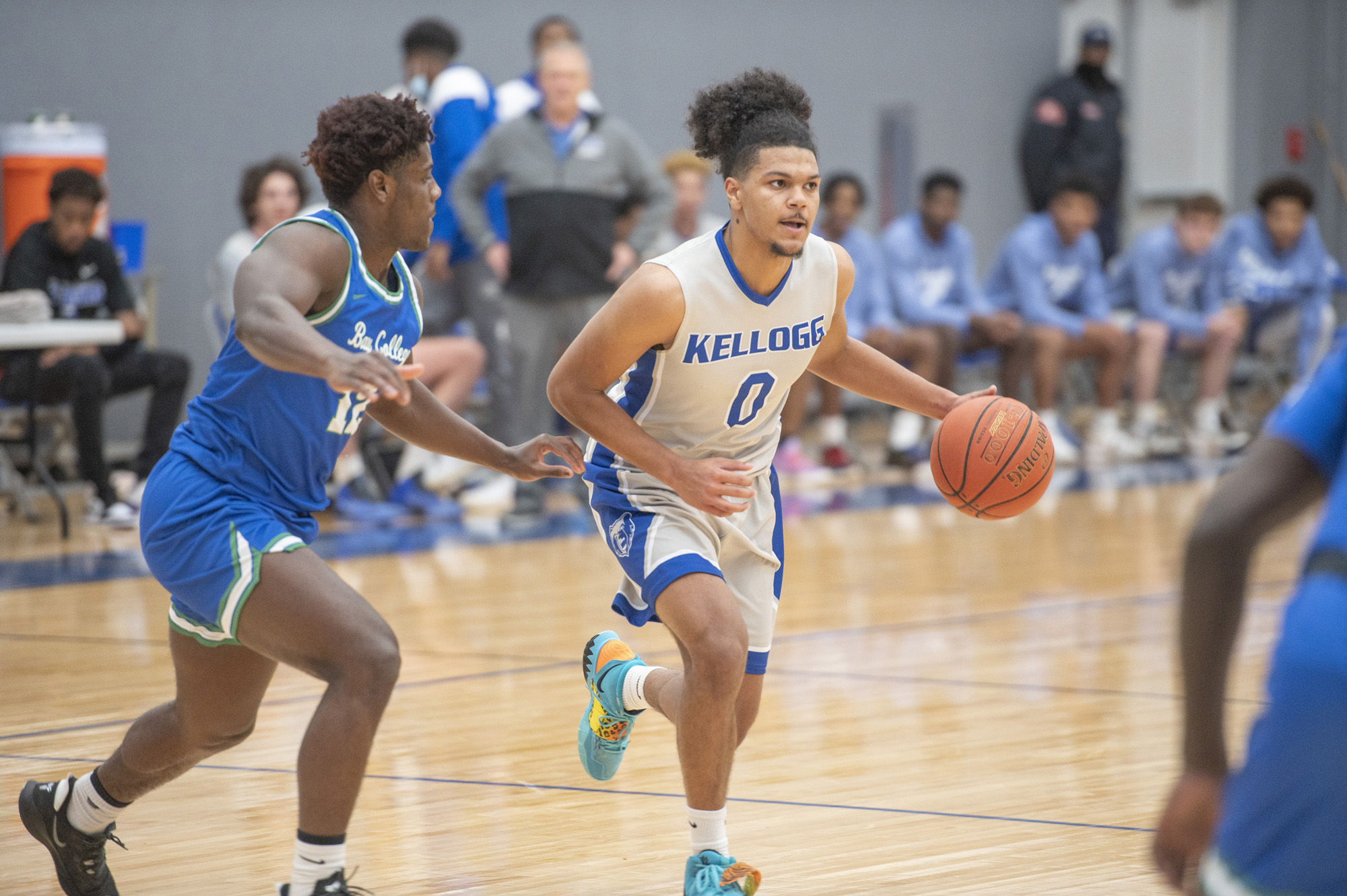 Mott is currently undefeated with a 10-0 record at the top of the Michigan Community College Athletic Association’s Eastern Conference.

“We knew we had a tough task ahead of us as we prepared to take on No. 1 ranked Mott,” Head KCC Men’s Basketball Coach Gary Sprague said. “We got off to a good start leading by as many as six after the first five minutes. We were effective guarding the three-point arc as Mott was just three of 11 in the first half and finished the game shooting just 27% from outside. We also limited Mott to just five points scored from the free-throw line. (KCC was 8-14 from the charity stripe).”

Still there were reasons to be optimistic about the upcoming beginning of conference play, Sprague said.

The men’s basketball team plays next at 7:30 p.m. Monday, Jan. 3, on the road against Lansing Community College. The team’s next home game starts at 7:30 p.m. Wednesday, Jan. 5, against Jackson College in the Miller Gym on campus in Battle Creek.