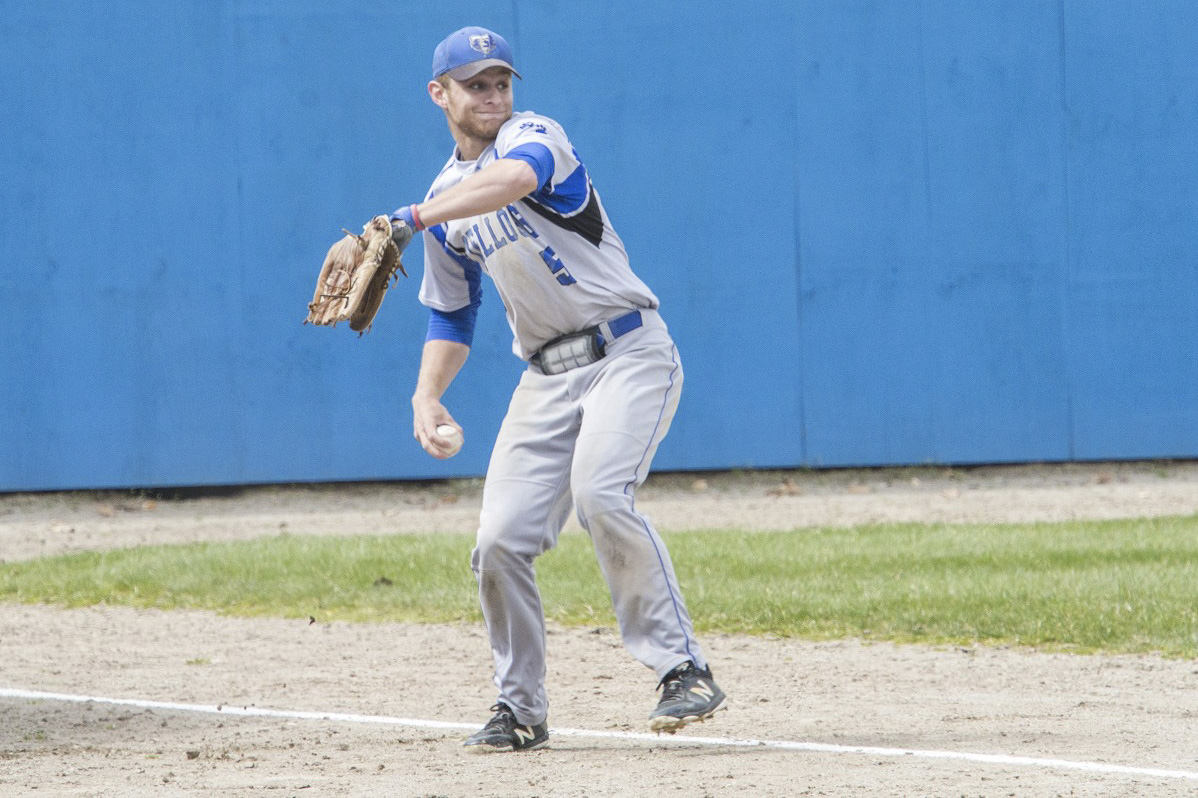 Nelson, who played baseball at KCC during the 2017-18 and 2018-19 seasons, started in center field all 50 games this season for GVSU. He was also named to the All-Great Lakes Intercollegiate Athletic Conference Second Team and was a National Collegiate Baseball Writers Association Midwest All-Region honorable mention.

“The Gold Glove is a (great) award,” Nelson said. “(Individual) awards are not as high of importance for me because I prefer team awards. I’m a team guy, but I was very happy to receive it. It caught me off guard. For as much as I did sacrifice, I’m proud to have something to show for it.”

Nelson became just the third GVSU student athlete to earn the ABCA/Rawlings Gold Glove award, which started back in 2007. He showed impressive leadership, manning one of the toughest defensive positions in baseball.

“(At center field) you’re the leader of the outfield,” Nelson said. “If anything drops, I take full responsibility. I’m always looking to shift things into the right position. Communication is the most important. It keeps guys from running into each other or the wall. There was never a time when the ball was in the sky that we weren’t talking to one another. It’s all about putting your team in the best possible opportunity to succeed. The most important thing is gaining that trust from your teammates.”

Before his accomplishments at GVSU, Nelson was a standout at KCC. The outfielder had 123 career hits in 105 games. He also smacked nine home runs with 88 RBIs. Nelson displayed his versatility and athleticism by swiping 36 bases. He finished his KCC career with a .364/.471/.547 slash line.

“Coming into KCC I didn’t have any offers and I was actually going to give up baseball,” Nelson said. “But the coaches gave me an opportunity, and they taught me so much about playing in the outfield. They talked to everyone the same way, so we were all on the same page. They helped me with the mental side of the game and how to be my best every day. They taught me almost everything to take my game to the next level.”

Nelson said the team atmosphere at KCC was memorable. The coaches were always involved, and the players had a unique bond that helped them on and off the field.

“One of my favorite memories at KCC is when Coach Laskovy got into the batting cage and let go of the bat and it hit the wall,” Nelson said. “Then the next pitch coach got beaned by the ball. It was one of the most hilarious things I’ve ever seen. Things like that helped bring the team really close together because the coaches were so involved.”

After finishing his junior year with a .969 OPS and a Gold Glove award, Nelson and the Lakers will look for even bigger things in 2023 during his senior season