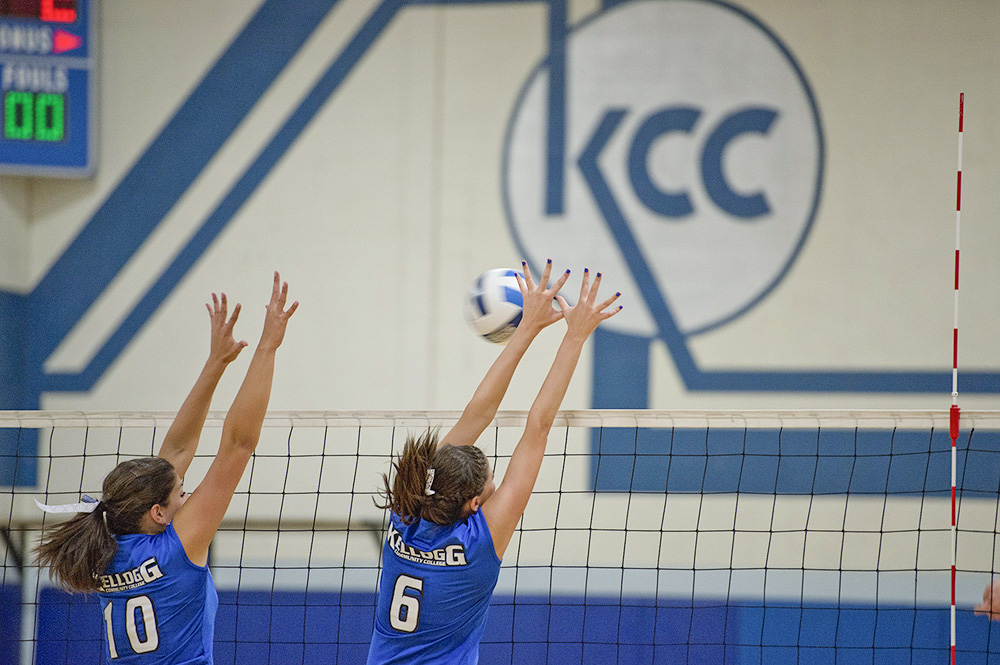 Kellogg Community College has hired a new head coach to lead the women’s volleyball team in 2015.

Tom VanWienen, of Battle Creek, began his tenure as head KCC volleyball coach earlier this month to prepare for spring practices and recruiting for the 2015 volleyball season that begins practices on Aug. 1.

“It’s a great program,” VanWienen said. “I’m excited to be a part of the KCC volleyball program and look forward to being a part of campus life in Battle Creek.”

VanWienen will be a familiar face to volleyball fans in the Battle Creek area, where he works as a product specialist for Comcast and resides with wife Jonna and daughters Allison and Kate. He led the varsity team at Pennfield High School from 2008 to 2013, was assistant varsity coach and head JV coach at Olivet College from 2006 to 2008, and coached the varsity team at Climax-Scotts High School from 2001 to 2006.

VanWienen currently serves as director of volleyball regional programming at Battle Creek’s WeCan Volleyball, which runs winter and spring teams that play on an AAU-based schedule throughout Southwest Michigan, and is a coach for the nonprofit Redline Volleyball Club, also located in the Battle Creek area.

KCC Athletic Director Tom Shaw said VanWienen has the experience and desire to bring KCC volleyball back into the picture as a historically successful program, with the new coach’s area ties assisting in securing local talent to consider playing for the College.

“KCC is very excited to have a coach with so much volleyball experience in the head coaching position,” Shaw said. “I anticipate KCC quickly returning to our historic success in collegiate volleyball.”

For more information, contact the Athletics Department at 269-965-4151 or email Athletic Director Tom Shaw at shawt@kellogg.edu.

Kellogg Community College’s Volleyball Program prides itself on continuing a strong tradition of excellence both on and off the court. The team boasts nearly three dozen championships since the 1970s, including three national championships, two state championships and nearly a dozen regional championships. For more information about KCC’s women’s volleyball team, including links to past results and standings, visit www.kellogg.edu/volleyball.