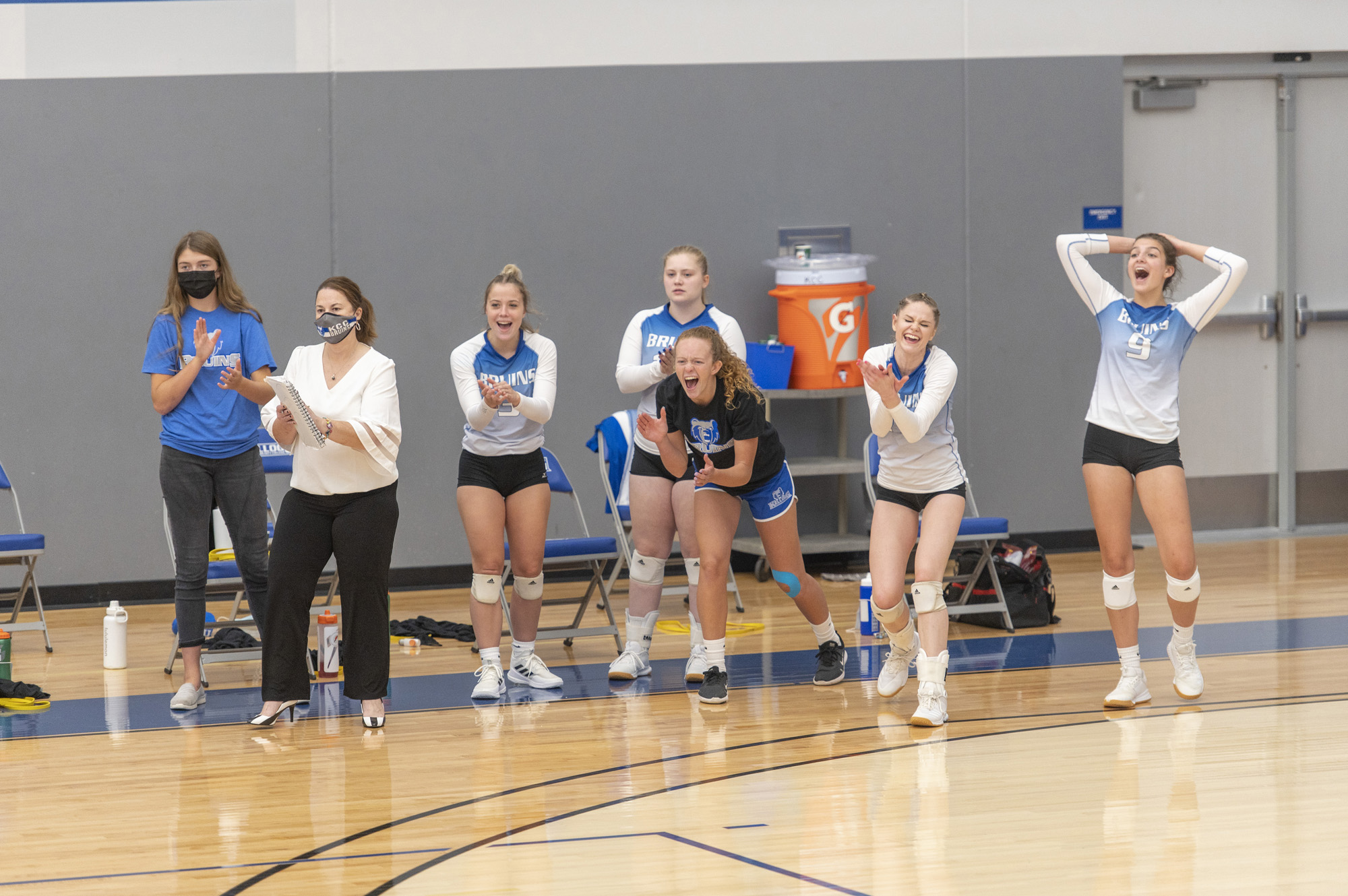 The Bruins opened the first set with a loss, but then returned to win the next two sets. In the fourth set, GRCC made a comeback and maintained their momentum to earn the win.

Head KCC Volleyball Coach Tom VanWienen said they took GRCC down to the wire, and it was the best match they have played so far.

“What a fun match to be a part of,” VanWienen said. “Was fun to have a full gym cheering on the ladies. Hall and Abby Herman held the offense together and we got some good play out of Ondrea Miller (Battle Creek/Pennfield High School) tonight. Having Jaeyln Hampton (Napoleon/Napoleon High School) back from injury helps us move some pieces around to make us stronger out on the court.”

VanWienen also said, “Gotta acknowledge how well our back row played. The ladies have been really focused on being stingy in the back row and getting our setter Jenna Connors (Charlotte/Charlotte High School) more chances to run the offense, which we did tonight.”

Tuesday’s results give the Bruins a 2-8 record in the conference and a 3-17 record overall.

The Oct. 26 home match will be a “Halloween Rumble.” Attendees are encouraged to come in costume and get a free bag of popcorn. There will be lots of prizes and free T-shirts.