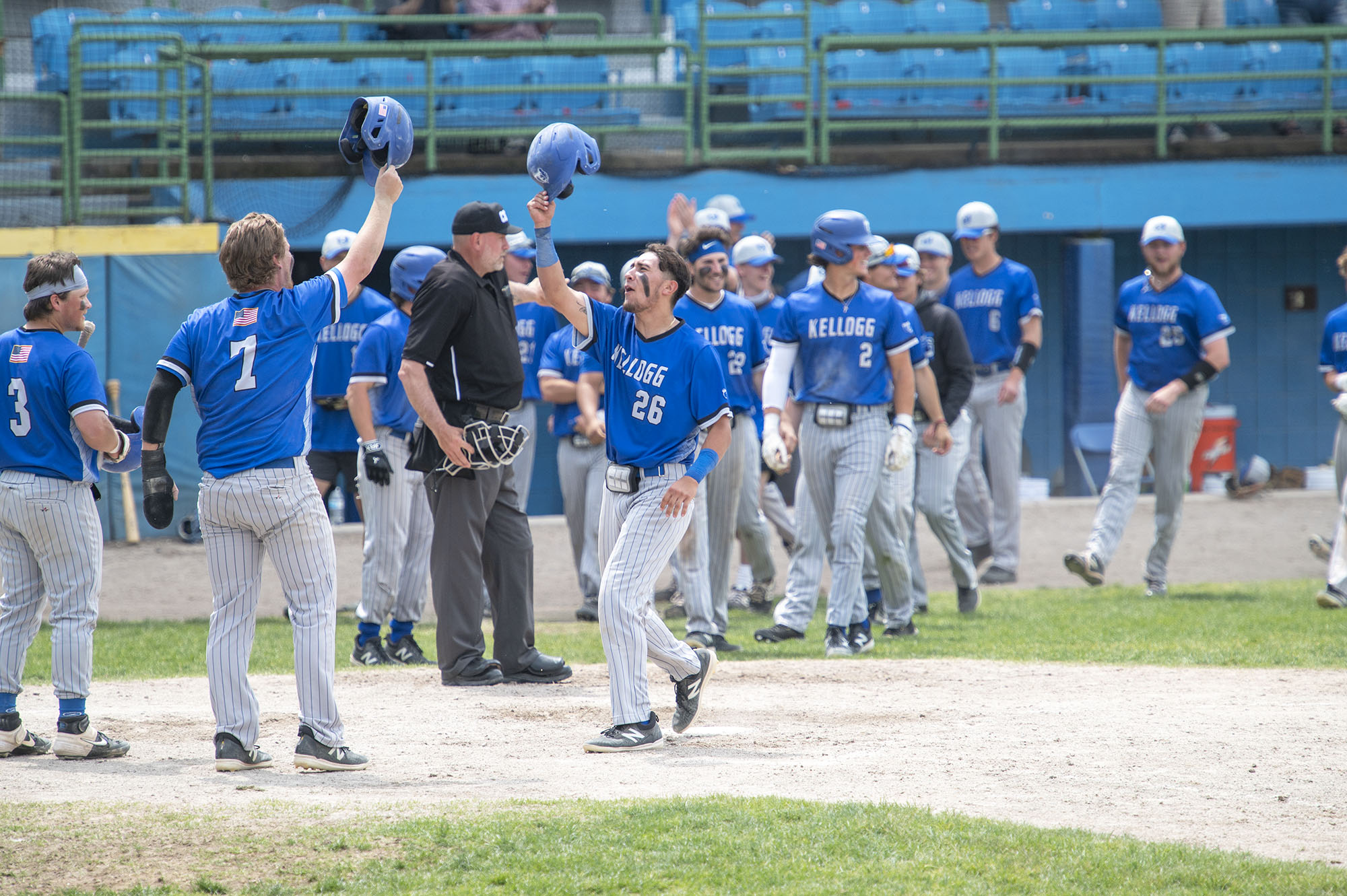 The Kellogg Community College baseball team will compete for a second consecutive regional championship this weekend after eliminating Kalamazoo Valley Community College from contention Monday at home in Battle Creek.

The Bruins will meet No. 1 ranked Lansing Community College in the National Junior College Athletic Association Region XII Championship at a time and location to be announced on Friday, May 21. The winner of the championship series will progress to the NJCAA National Championship in Enid, Oklahoma, starting May 29.

KCC will meet an undisputed Michigan Community College Eastern Conference champion in LCC, which has a perfect 28-0 conference record and a 46-1 record overall. The Stars are currently ranked first in the nation in the NJCAA’s Division II.

The Bruins are currently ranked 10th in the nation with a 19-7 conference record and 33-10 record overall. The team secured the MCCAA Western Conference championship earlier this month, and the week before that gave Head KCC Baseball Coach Eric Laskovy his 500th career win.

Monday’s victories were big wins for the Bruins, as KVCC swept all four regular conference games against KCC leading up to postseason play. Stats from each of Monday’s games follow.

Freshman pitcher Al Thorington (Pinckney/Pinckney High School) earned the win from the mound in game one, striking out five over 4.1 innings.

At the mound for the Bruins in game two, freshman pitcher Ashton Potts (Sterling Heights/Stevenson High School) struck out three over 3.1 innings pitched while sophomore pitcher/outfielder Connor Brawley (Dowagiac/Lakeshore High School) earned the save, striking out four over three innings.

“So proud of this team’s effort and resiliency,” Coach Laskovy said. “No. 10 ranked Kellogg travels to No. 1 ranked Lansing CC Friday to compete for a regional championship. Let’s go!”